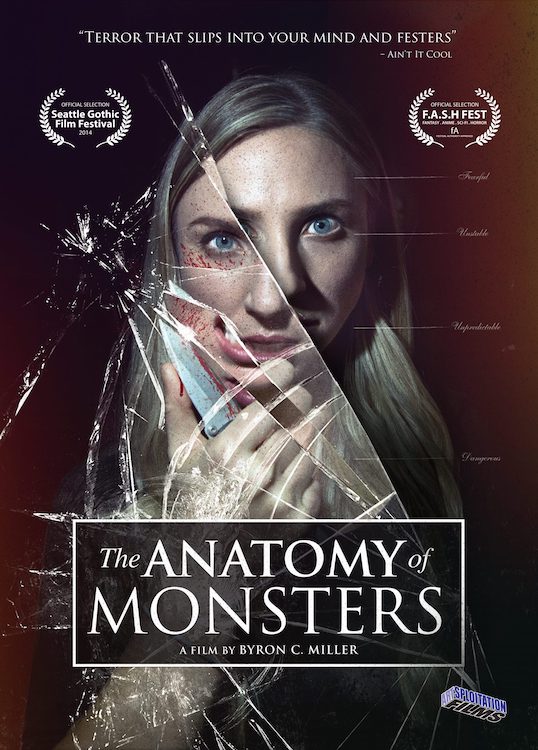 The Anatomy of Monsters

Dark, disturbing and unpredictable, this indie thriller revolves around a seemingly normal yet homicidal young man who ventures out one night in search for his first kill. At a lonely bar he meets a young woman, takes her to a hotel room and prepares to kill her…until he discovers she harbors secrets far worse than even he could imagine. What unfolds is a diabolical game of cat and mouse, and a soul bearing confession of love and death. Byron C. Miller, seemingly inspired by the gritty 1980s indie filmmaking of Ulli Lommel’s Blank Generation, Jim Jarmusch’s Stranger Than Paradise and Gus Van Sant’s Mala Noche, directs this unnerving tale of murder and amorality wrapped around a "sweet" love story.