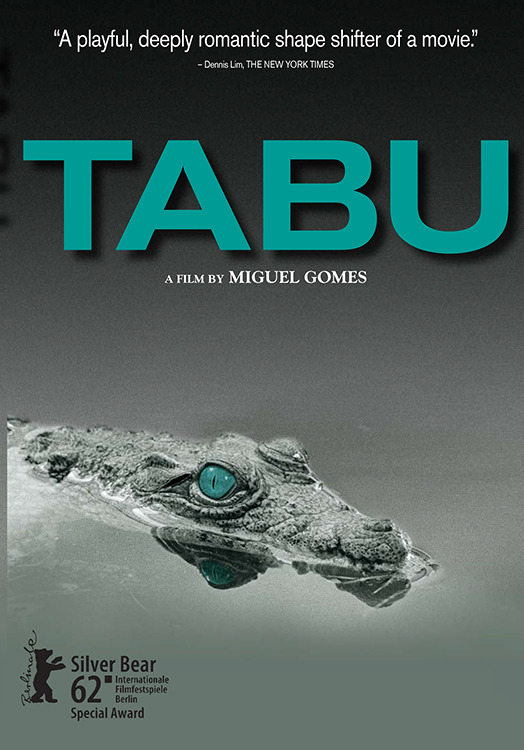 Acclaimed director Miguel Gomes returns with a sumptuous, eccentric two-part tale centered on Aurora, shown first as an impulsive, cantankerous elderly woman in present-day Lisbon. When Aurora is hospitalized, she sends her neighbor, Pilar, to pass word of her grave condition to Gian Luca, a man of which no one has ever heard her speak. Pilar's quest to fulfill her friend's wish transports us to Africa fifty years earlier, before the start of the Portuguese Colonial War. We see Aurora again, this time as the gorgeous, smoldering wife of a wealthy young farmer, involved in a forbidden love affair with Gian Luca, her husband's best friend. Their moving, poetic tale is conveyed through the older Gian Luca's suave voiceover, combined with the lush, melodious sounds of its heady, tropical setting, peppered with a soundtrack of Phil Spector songs.