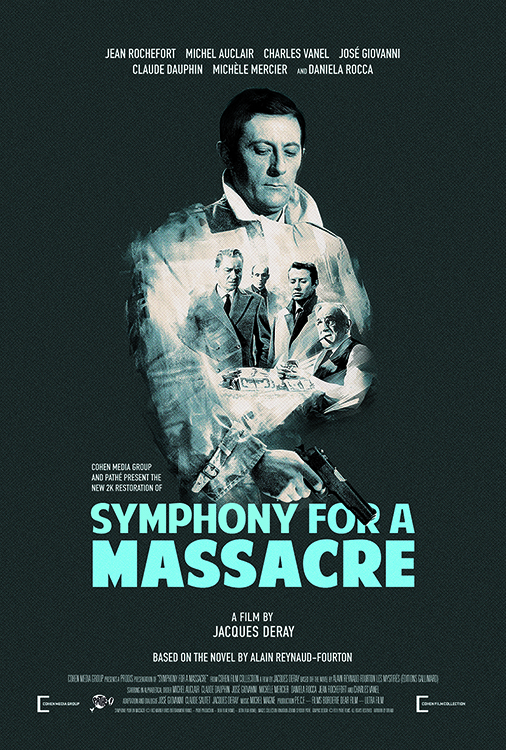 Symphony for a Massacre

In this stylish heist noir from director Jacques Deray, master director of the French crime film, five men tied to businesses with varying degrees of legality pool their money to go in on one huge narcotics deal that can set them up for life - and test their loyalties. Deray assembled an impressive cast of stars, including Charles Vanel (WAGES OF FEAR), Michel Auclair (THE DAY OF THE JACKAL), future director José Giovanni (TWO MEN TO KILL) who also co-wrote the film, and Jean Rochefort, in a brilliant casting against type from his largely comedic roles up until then. This rediscovered crime thriller is sure to please fans of classic film noir.