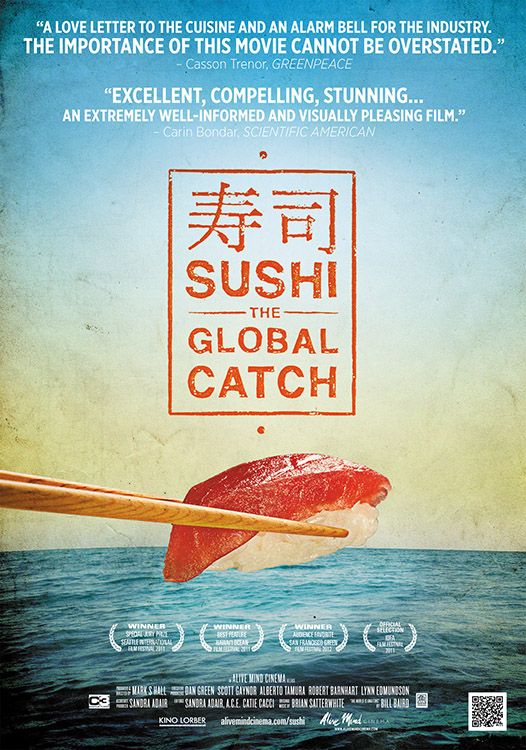 In this meticulously researched documentary, filmmaker Mark Hall traces the origins of sushi in Japan to its status today as a cuisine that has spawned a lucrative worldwide industry. This explosion in demand for sushi over the past 30 years has brought with it problems of its own, as fish stocks have steadily depleted, threatening the balance of the ocean’s ecosystems.

Through extensive interviews with prominent industry representatives and environmental activists, Hall carefully presents the various solutions being proposed to the vexing issue of overfishing. Winner of the Special Jury Prize at the 2011 Seattle International Film Festival, SUSHI: THE GLOBAL CATCH raises some pressing questions that all sushi lovers should seek to address.

"The film's arguments about sustainability are convincing and hard to shake. And, the movie suggests, you - the sushi eater - can help: Crave it and enjoy it, but eat sushi responsibly." - The New York Times

"The Global Catch may be one-sided in its argument, but it's a persuasive one -- and the next time you eat sushi, you may think twice about ordering bluefin." - NPR