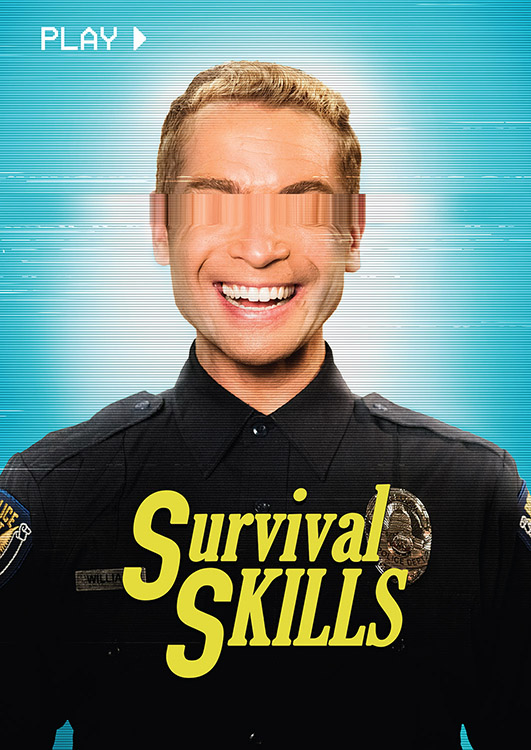 SURVIVAL SKILLS is a wildly creative black comedy that imitates the style of a lost police training video from the 1980s. The Narrator (Stacy Keach, Nebraska) introduces us to Jim (Vayu O’Donnell), the perfect policeman in a perfect relationship in a perfect community, who gets in over his head when he tries to resolve a domestic violence case. Before long, the ugly underbelly of the “Good Guys in Blue” begins to expose itself and Jim decides to take matters into his own hands.