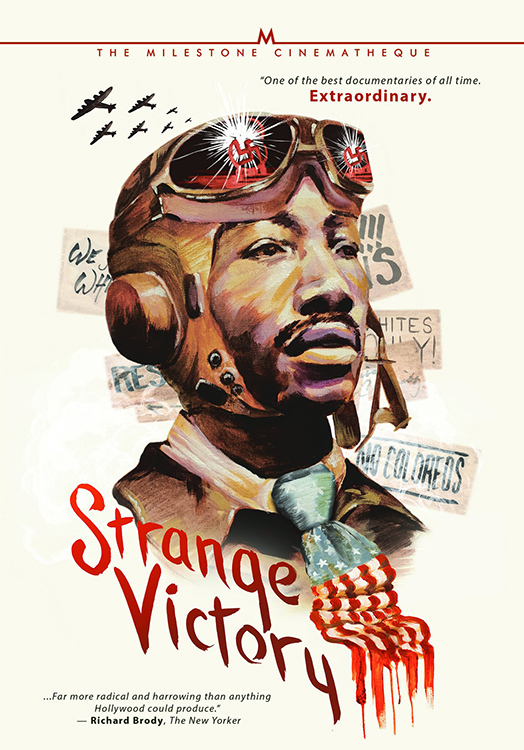 In response to the political paranoia and repression that spread like wildfire after World War II, producer Barney Rosset and director Leo Hurwitz joined forces. This underrated, bold documentary emulates the visual poetry of Battleship Potemkin and I am Cuba by skillfully combining raw footage of World War II battles, postwar refugees, and the Nuremberg trials with powerful dramatic re-enactment to depict racial bias on and off the battlefield. STRANGE VICTORY is a cry for equality and justice, promptly branded as “procommunist” propaganda upon release, finally returned to home cinema in newly restored 2K for another chance to show off what made the film ahead of its time.