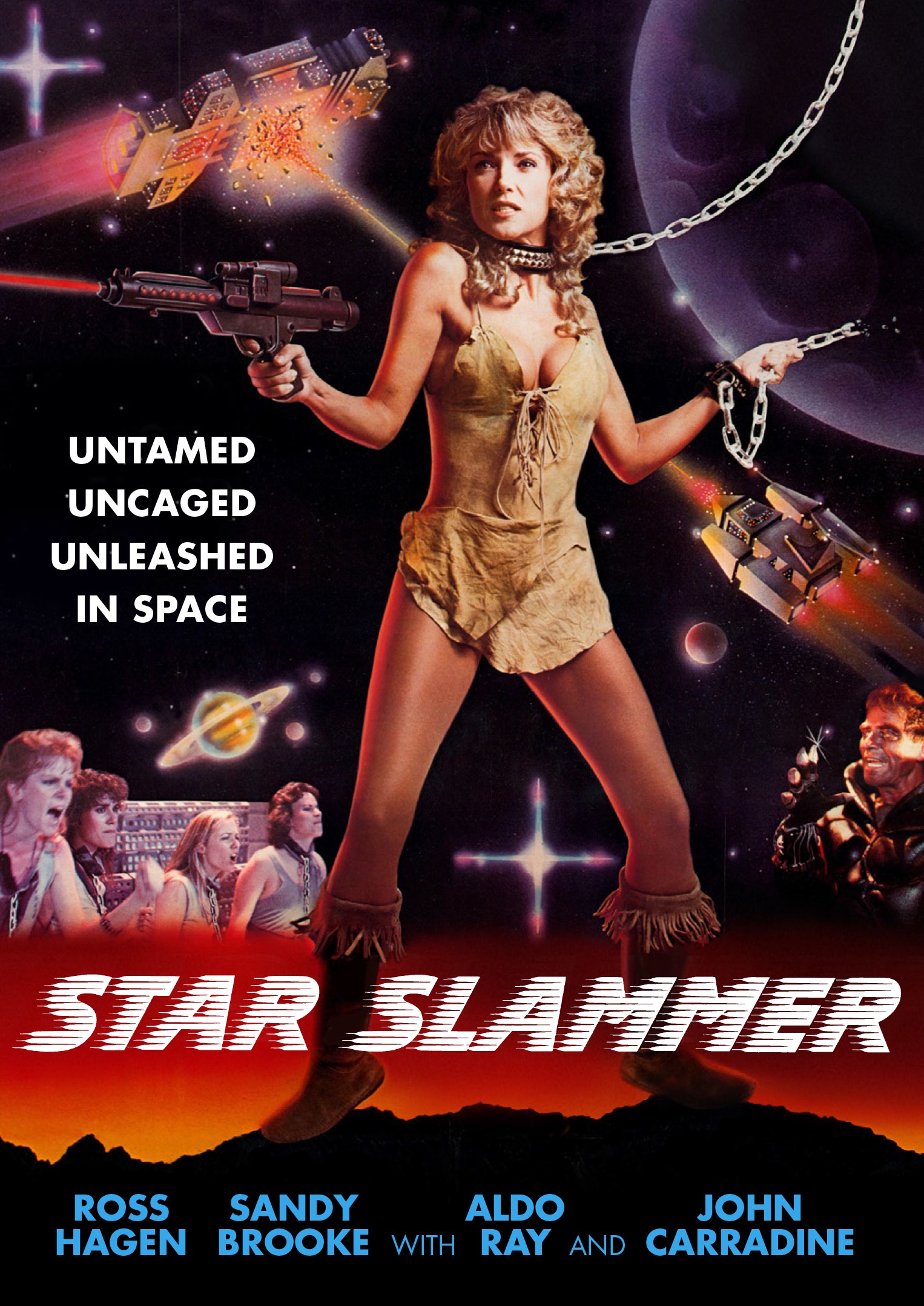 Newly Re-mastered in HD! Untamed! Uncaged! Unleashed in Space! Far into the future… a war rages on a distant, desolate planet. Taura (Sandy Brooke, Terror on Alcatraz), a voluptuous Amazonian beauty, finds herself mounting a battle against the forces of evil when she tangles with Bantor (Ross Hagen, The Hellcats), a sadistic government official. Soon she is sentenced to hard labor aboard the prison ship Star Slammer and must prove herself to her young female cellmates before earning their respect and leading them in a daring prison break. With every turn, Taura faces new dangers, as she must outwit the sex-starved warden, out-tough the tyrannical trustee, and battle jagger rats, astro zombies and alien monsters. She leads her small army into a space war that will bring their salvation or their final doom. Both a comedy and a sci-fi adventure packed with action and stunning special effects, STAR SLAMMER takes you on a fun-filled ride to the edge of the universe! Along for the trip are veteran actors Aldo Ray (And Hope to Die), John Carradine (Invisible Invaders) and beauties Suzy Stokey (The Power), Marya Gant (Cannibal Hookers), Dawn Wildsmith (Surf Nazis Must Die) and Vivian Schilling (Soultaker). Produced by indie great Jack Harris (The Blob) and directed by cult filmmaker Fred Olen Ray (The Tomb).