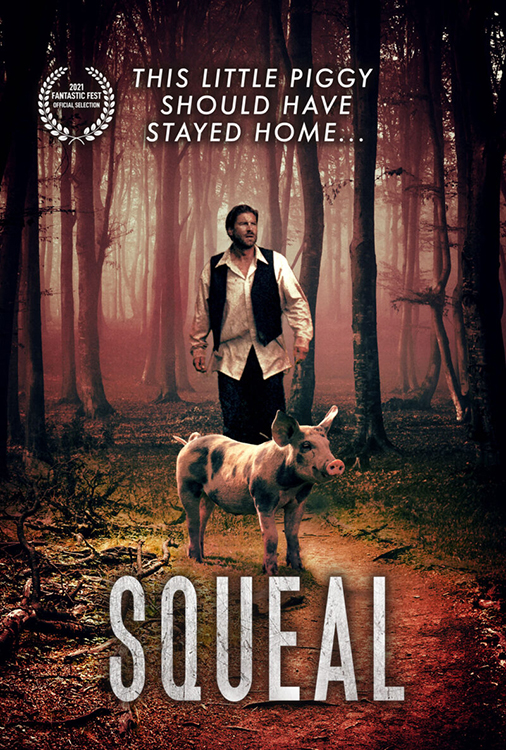 Filmmaker Aik Karapetian’s dark fairy tale SQUEAL centers on Samuel (Kevin Janssens), who is far from home, searching for his father. Lost in remotest Eastern Europe, on the edges of a mythical forest, a minor road accident leads to a chance meeting with a pig-farmer’s daughter Kirke (Laura Siliņa). Sam soon learns that his priorities must change if he wants to survive. Her initial hospitality is a smoke screen to capture him and make him a forced laborer on the farm. Alone, unable to speak the language, and chained up 24/7 with the pigs, he learns to adapt. Fortunately, a seemingly magical piglet gains Sam’s confidence and shows him the way to freedom and true love.