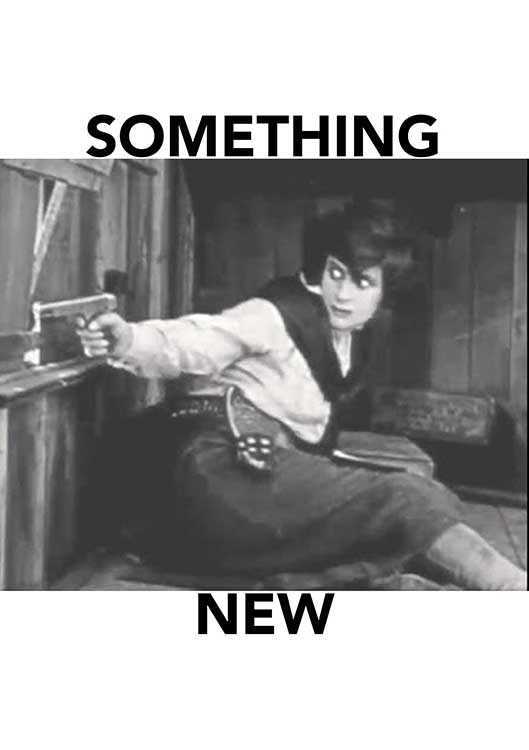 SOMETHING NEW is a thrilling and hilarious Western with an anachronistic twist. Chased by bandits across rocky terrain, Shipman, co-star Van Tuyle, and their pet collie "Laddie" survive some of the most amazing (and real) stunts ever attempted in a 1920 Maxwell sedan.