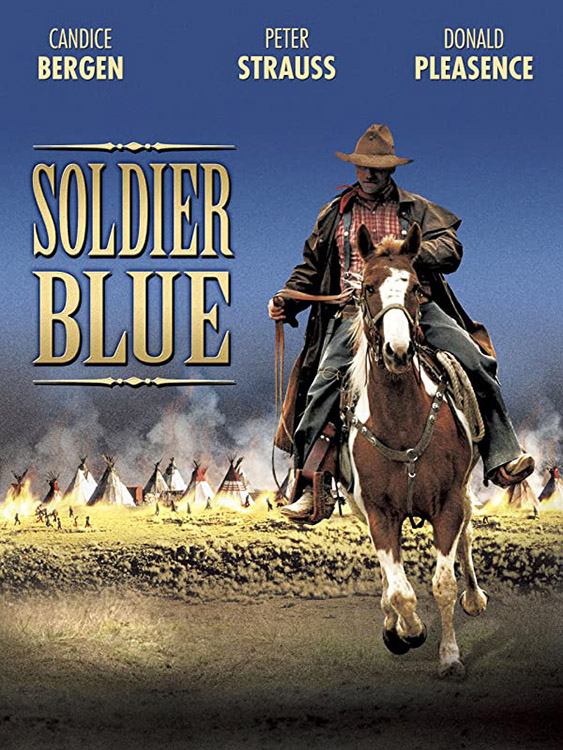 Sometimes the truth is lost in battle! From Ralph Nelson, the acclaimed director of Soldier in the Rain, Father Goose, Duel at Diablo, Charly and The Wilby Conspiracy, comes this graphic and uncompromising anti-racist western starring Candice Bergen (The Hunting Party), Peter Strauss (The Jericho Mile) and Donald Pleasence (The Flesh and the Fiends). After a cavalry patrol is ambushed by the Cheyenne, the two survivors, Honus Gent (Strauss), a soldier highly devoted to his duty, and Cresta (Bergen), a white woman who had lived with Native Americans for two years, must reach the safety of the nearest fort. As they travel, Honus feels a growing affection for Cresta, but he is disgusted that her sympathies lie more with the Cheyenne than the U.S. government. As they arrive at the cavalry outpost on the eve of a planned attack on a Cheyenne village, Honus will finally learn who’s been telling him the truth.