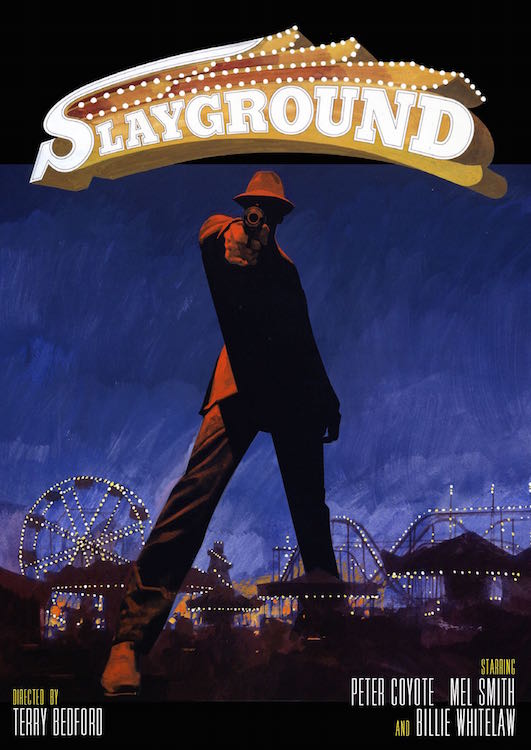 From Donald E. Westlake, the creator of Point Blank, The Outfit and The Grifters! It should have been a quick and easy heist for Stone (Peter Coyote, Bitter Moon, Heart of Midnight), a cold cash hit on an armored car. But things turn ugly when a young girl is accidentally killed during the getaway and the child’s grieving father hires a sadistic assassin to avenge her death. Now Stone is on the run from a relentless killing machine, a chase that will lead them to a run-down amusement park on the bleak British coast where death is the final contract and vengeance is the ultimate ride. Billie Whitelaw (Frenzy, The Krays) and comedy legend Mel Smith (Brain Donors) co-star in this violent action-thriller with a screenplay by Trevor Preston (I’ll Sleep When I’m Dead, The Sweeney) and top-notch direction by veteran cameraman Terry Bedford (Jabberwocky).