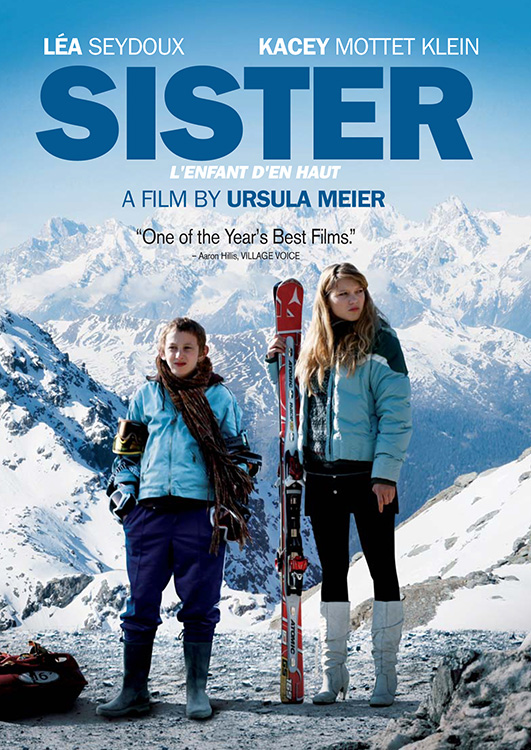 Simon (Kacey Mottet Klein) lives with his older sister (Lea Seydoux) in a housing complex below a luxury Swiss ski resort. With his sister drifting in and out of jobs and relationships, twelve-year-old Simon takes on the responsibility of providing for the two of them. Every day, he takes the lift up to the opulent ski world above, stealing equipment from rich tourists to resell to the local kids down in the valley. He is able to keep their little family afloat with his small-time hustles and his sister is thankful for the money he brings in. But, when Simon partners with a crooked British seasonal worker, he begins to lose his boundaries, affecting his relationship with his sister and plummeting him into dangerous territory.

"One of the Year's Best Films." - Aaron Hillis, VILLAGE VOICE

"Their meeting beautifully shows how Ms. Meier can turn the simple into the complex, filling a small exchange with reverberant meaning...Here the act of one person noticing another - of looking at another human being instead of through him - is a simple kindness and a heartbreaking expression of our dependence on others." - Manohla Dargis, THE NEW YORK TIMES

"Scorn may give way to momentary solicitude, but Sister is by no means a tenderhearted morality tale. Set amidst the imposing Swiss Alps, this sure-footed sophomore feature from writer-director Ursula Meier offers a raw, sobering look at the life of a child whose need for affection is as crucial to his survival as the stale stolen sandwiches that constitute his sporadic meals." - Emma Myers, FILM COMMENT