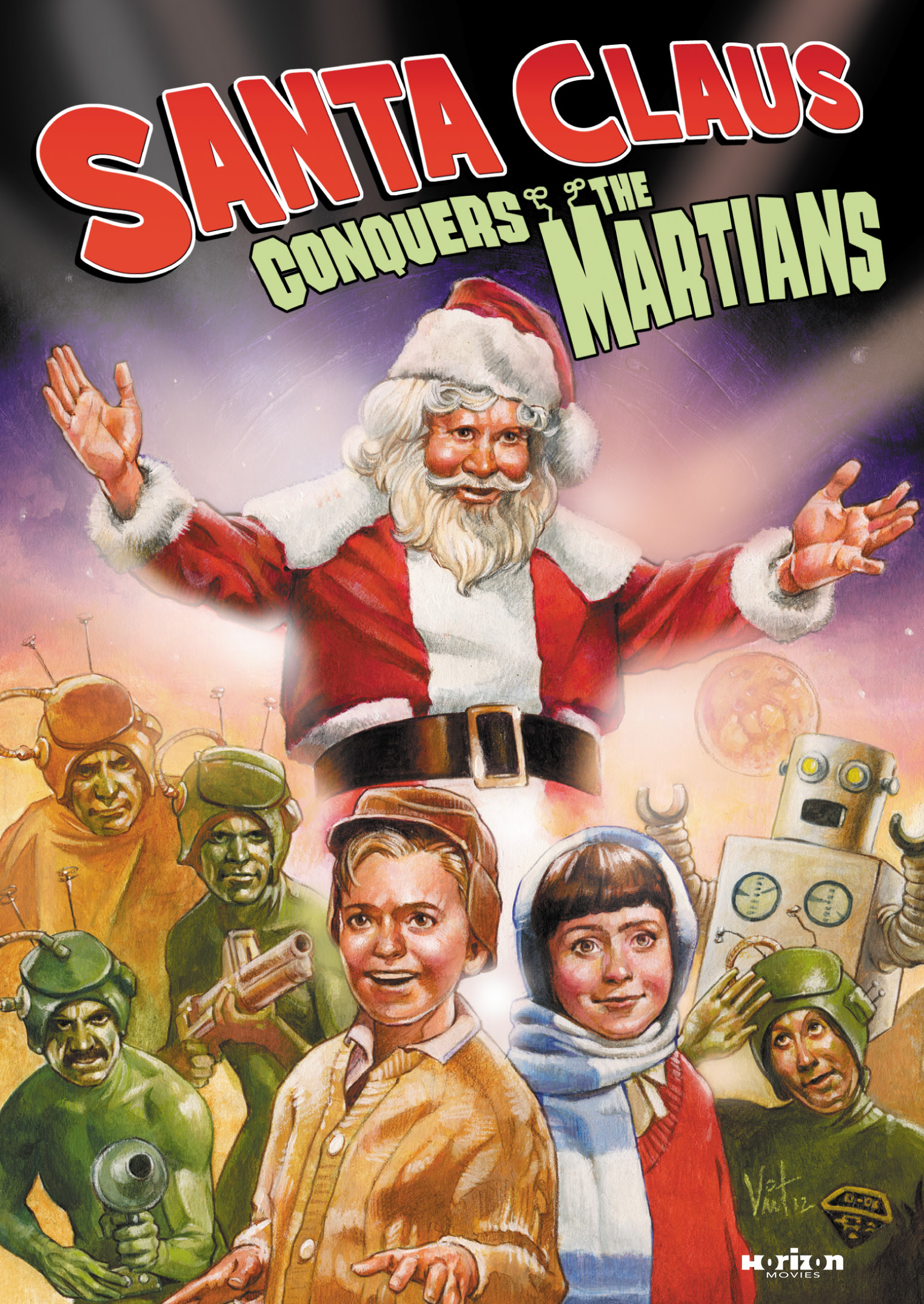 Renowned as a holiday cult classic, SANTA CLAUS CONQUERS THE MARTIANS is one of the most amusing films ever made. Made in 1964, this sci-fi holiday treat entered the cult canon when it was featured on an episode of Mystery Science Theater 3000. It tells the story of the depressed children of Mars, who can only be brought out of their funk through the jolly cheer of Old St. Nick. So the Martian leaders travel to Earth and kidnap two local kids (one played by an 8-year-old Pia Zadora) and Kris Kringle himself. Brought back to the Red Planet, they are forcibly installed in a factory to make toys. But you can't manufacture happiness, with Santa having to teach his alien overseers the true meaning of Christmas.

Filled with kitschy set design, outrageous costumes and amiable acting, SANTA CLAUS CONQUERS THE MARTIANS is nonstop fun, and is worthy of its status as a holiday staple.