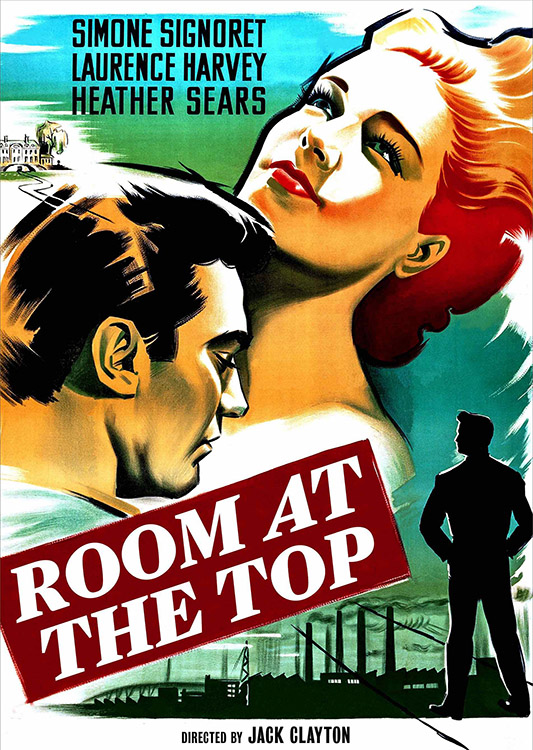 Room at the Top

This classic British drama, with potent social commentary and a superb cast, portrays the story of a young man from a small mill town who claws his way to the top. Laurence Harvey (The Manchurian Candidate) is the “angry young man” who marries the daughter (Heather Sears, The Black Torment) of a factory boss (Donald Wolfit, Svengali) so he can reach the top of his profession, only to find love in an unhappily married older woman (the steamy Simone Signoret, Death in the Garden). A mature treatment of sexuality and class, ROOM AT THE TOP is a landmark of the British New Wave and winner of two Academy Awards for Best Actress (Signoret) and Adapted Screenplay (Neil Paterson). A powerful adaptation of the novel by John Braine (Life at the Top) with skillful direction from Jack Clayton (Something Wicked This Way Comes, The Innocents). Beautifully shot by Freddie Francis (Sons and Lovers) and nominated for four more Oscars, including Best Picture (John and James Woolf), Best Director (Clayton), Best Actor (Harvey) and Best Supporting Actress (Hermione Baddeley, Mary Poppins).