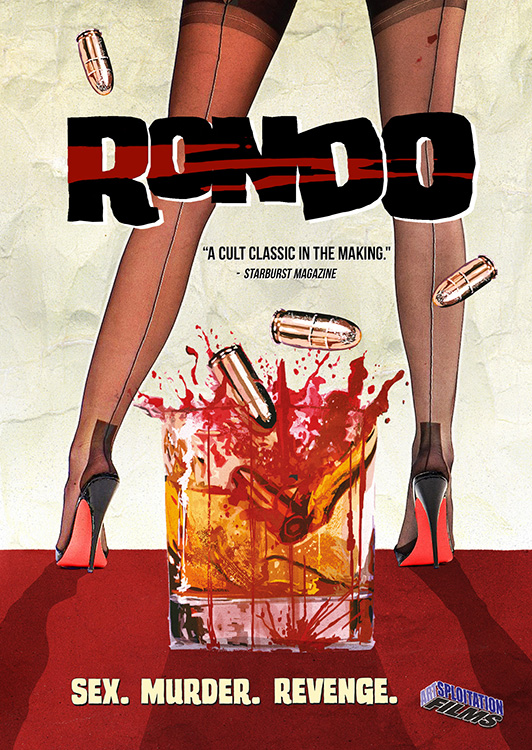 Twisted, kinky and violent, RONDO is a highly stylized pulp noir revenge/murder melodrama that relishes in the dark underbelly of civility. Troubled war vet Paul (Luke Sorge) is told by a psychiatrist that sex may be the solution to his dependency and drinking problems. She sends him to an apartment where he is to release his tensions by having sex with a beautiful young woman, all under the encouraging eyes of the woman’s husband. But deception is the name of the game as Paul and eventually his sister, are sucked into a bizarre criminal underworld where sex and murder are daily specials and revenge is served piping hot. Part black comedy, part slasher and part homage to the seedy films of 1970s grindhouse cinema, writer/director Drew Barnhardt has created a wholly unique American Indie.