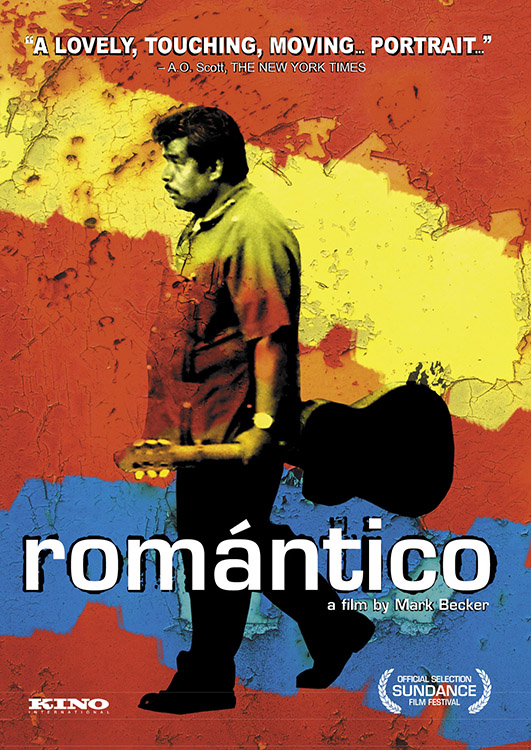 By day, mariachi musician Carmelo Muñiz washes cars, but at night, he and his friend Arturo perform norteño and ranchero music for gringo tips in the taquerias and bars of San Francisco's Mission District. Carmelo's meager itinerant living belies the deep roots and binding ties he has to his native Mexico. His wife, two young daughters, and gravely ill mother rely on the money Carmelo sends to them in the little town of Salvatierra. When Carmelo returns to the life and loved ones he left behind a thousand miles south of the border, he resumes the wearying struggle against medieval poverty that he sought to escape in "el Norte." As Carmelo doggedly copes with his mother's mortality, his daughters' needs, and his own dreams, ROMÁNTICO becomes an unforgettable and "immensely moving" (NY Daily News) portrait of the love, pride, and grace connecting one life with two countries.

By shooting on film instead of DV tape and trading overt political editorializing for enchantingly intimate and ingenious storytelling that is "visual poetry on the run" (Newsday), Becker has created a film that is as urgent as today's headlines and as timelessly lyrical and beautiful as the music, land, and faith that are Carmelo's joy and salvation.

"**** ACHIEVES WHAT MOST DOCS ASPIRE TO, BUT FEW CAN: A FEELING OF TRUTH." - Hank Steamer, TIME OUT NY

"MAY BE THE BEST DOCUMENTARY OF THE YEAR..." - Ed Gonzalez, SLANT