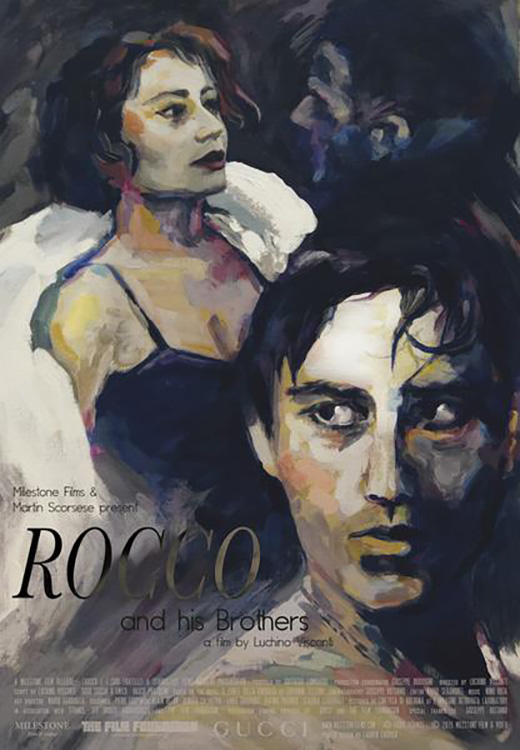 Rocco and His Brothers

Presented by Martin Scorsese and featuring an operatic score by Nino Rota, ROCCO AND HIS BROTHERS is a timeless story of modernity, class tension, and family drama spun across an epic canvas by director Luchino Visconti. Looking for opportunity, five brothers move north with their mother to Milan, finding fame in the boxing ring and love in the same woman. Famously labeled by Scorsese as “one of the most sumptuous black-and-white pictures,” ROCCO lives up to its praise with its new 4K restoration, painstakingly worked upon by the Film Foundation and the Cineteca di Bologna. With an all-star cast including Alain Delon, Annie Girardot, Renato Salvatori and Claudia Cardinale, this cinematic tale remains equal parts breathtaking and heartbreaking to behold.