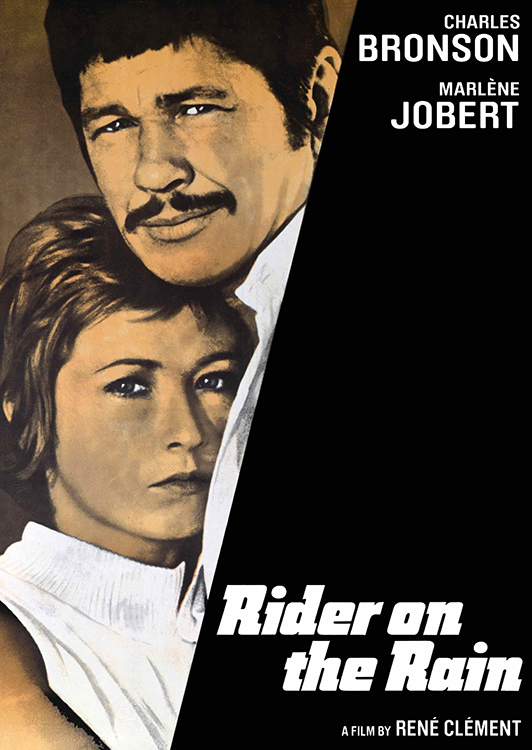 From René Clément, the legendary director of Forbidden Games, Purple Noon, The Deadly Trap and And Hope to Die comes this stylish thriller starring screen legend Charles Bronson (Chino, Cold Sweat, Mr. Majestyk). When a beautiful young woman (Marlène Jobert, We Won’t Grow Old Together) in the South of France is stalked and then assaulted by a mysterious masked assailant, she kills the man in self-defense, and in a moment of misjudgment, she dumps his corpse over a cliff into the sea instead of calling the police. Trying to return to her life before the attack, her world is turned upside down when an American investigator (Bronson) shows up and, to her horror, seems to know everything about what she has done. Rider on the Rain showcases fine performances both from Bronson, whose mix of sympathy and aggression perfectly defines his character, and Jobert, who gains audience empathy with her touch of sexuality mixed with an innate, almost childlike innocence. Featuring a haunting and beautiful score by Francis Lai (Love Story) with wonderful supporting performances by Gabriele Tinti (Cannon for Cordoba) and Jill Ireland (Breakheart Pass). This special edition includes both the 114-minute U.S. cut and the 118-minute French cut.