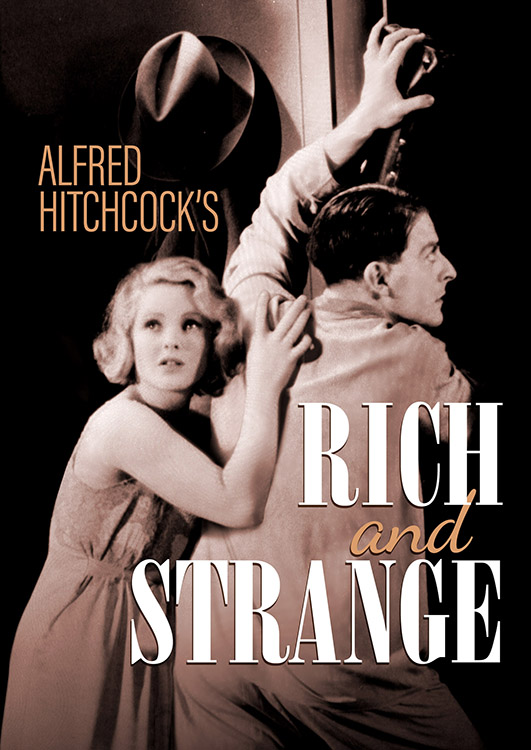 RICH AND STRANGE, also known as East of Shanghai, is the splendid seafaring comedy from legendary director Alfred Hitchcock’s early years in the British film industry. Fred Hill (Henry Kendall) and his wife Emily (Joan Barry) lead a boring existence in the London suburbs. When the Hills come into an inheritance from a wealthy uncle, Fred quits his mundane job and they embark on a world cruise to get a taste of the high life. But all does not go as planned as the couple’s voyage becomes fraught with treacherous romantic duplicities. Money does not buy happiness when Hitchcock steers the ship! A visually dazzling and slyly hilarious portrait of a marriage in crisis, RICH AND STRANGE is a one-of-a-kind classic from the Master of Suspense!