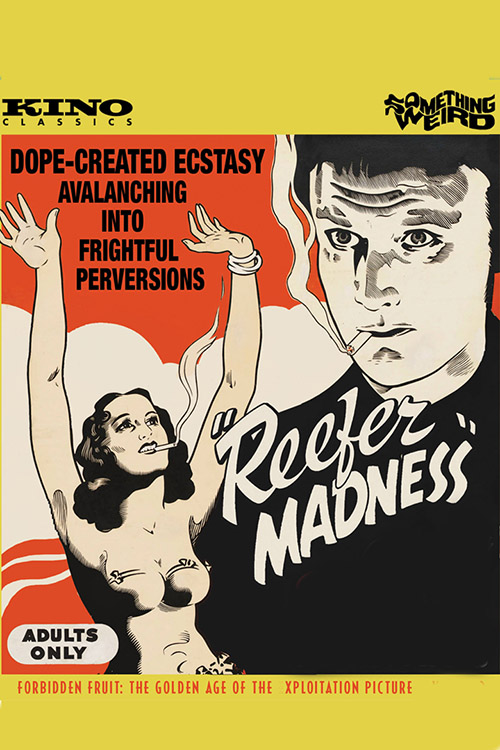 This finger-wagging camp classic hysterically warned the public of the horrors of marijuana. Here the essential cult favorite is presented in a definitive edition, meticulously restored from 35mm elements. Often dismissed as an hysterical reaction to the growing drug menace, REEFER MADNESS was in fact an influential independent film that cunningly profited from America's narcotic paranoia. In the guise of high-minded educational drama, REEFER MADNESS indulges the carnal curiosity of viewers yearning for a glimpse into a world more sordid than their own.

While an anti-drug crusader lectures a group of concerned citizens, the town's innocent teens are drawn into a vice-ridden web of reefers, red-hot jazz, and the insanity they provoke. With frequent detours through frank sexual terrain, director Louis Gasnier and producer George Hirliman (who together comprised G&H productions) proved they were neither saints nor saps when it came to making movies. They brilliantly demonstrate the most basic principle of exploitation: any vice can be indulged to an excessive degree as long as it is cloaked in a wrapper of education.