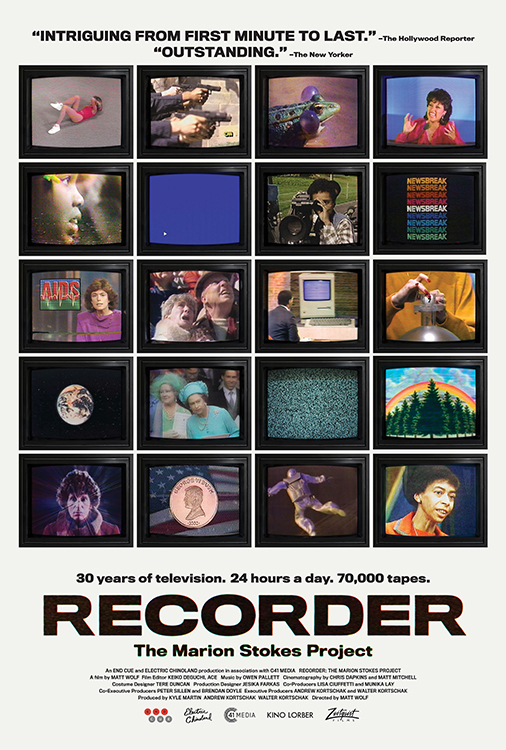 For over 30 years, Marion Stokes obsessively and privately recorded American television news twenty-four hours a day. A civil rights-era radical who became fabulously wealthy and reclusive later in life, her obsession started with the Iranian Hostage Crisis in 1979—at the dawn of the twenty-four hour news cycle. It ended on December 14, 2012 as the Sandy Hook massacre played on television while Marion passed away. In between, Marion filled 70,000 VHS tapes, capturing revolutions, wars, triumphs, catastrophes, bloopers, talk shows and commercials that show us how television shaped the world of today and in the process tell us who we were.

A mystery in the form of a time capsule, Recorder delves into the strange life of a woman for whom home taping was a form of activism to protect the truth (the public didn’t know it, but the networks had been disposing their archives for decades into the trashcan of history) and though her visionary and maddening project nearly tore her family apart, her extraordinary legacy is as priceless as her story is remarkable.