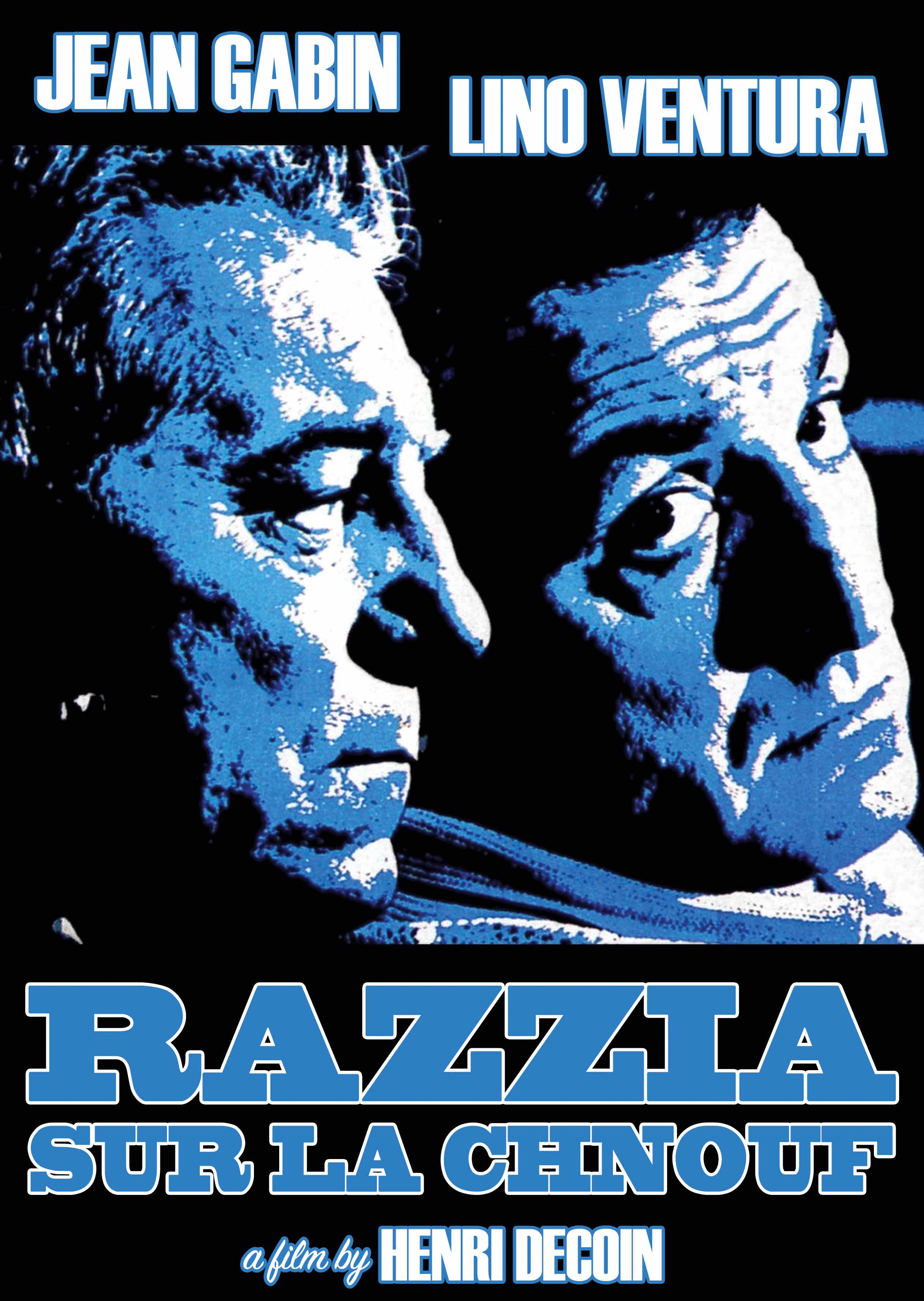 RAZZIA SUR LA CHNOUF is based on a novel by the legendary writer Auguste Le Breton (Rififi, Bob Le Flambeur) with direction by Henri Decoin (One Step to Eternity) — After a spell in the U.S.A., master criminal Henri Ferré dit ‘Le Nantais’ (Jean Gabin, Touchez Pas Au Grisbi) returns to Paris and is recruited by Paul Liski (Marcel Dalio, To Have and Have Not), head of a major narcotics ring, to oversee and improve the efficiency of their distribution. Merchandise has been disappearing and unreliable dealers must be eliminated. For the latter, Henri is assigned two hitmen, Roger le Catalan (Lino Ventura, The Sicilian Clan) and Bibi (Albert Rémy, The Train). Released as Razzia in the U.S., RAZZIA SUR LA CHNOUF thrillingly explores the criminal underworld of 1950s Paris.