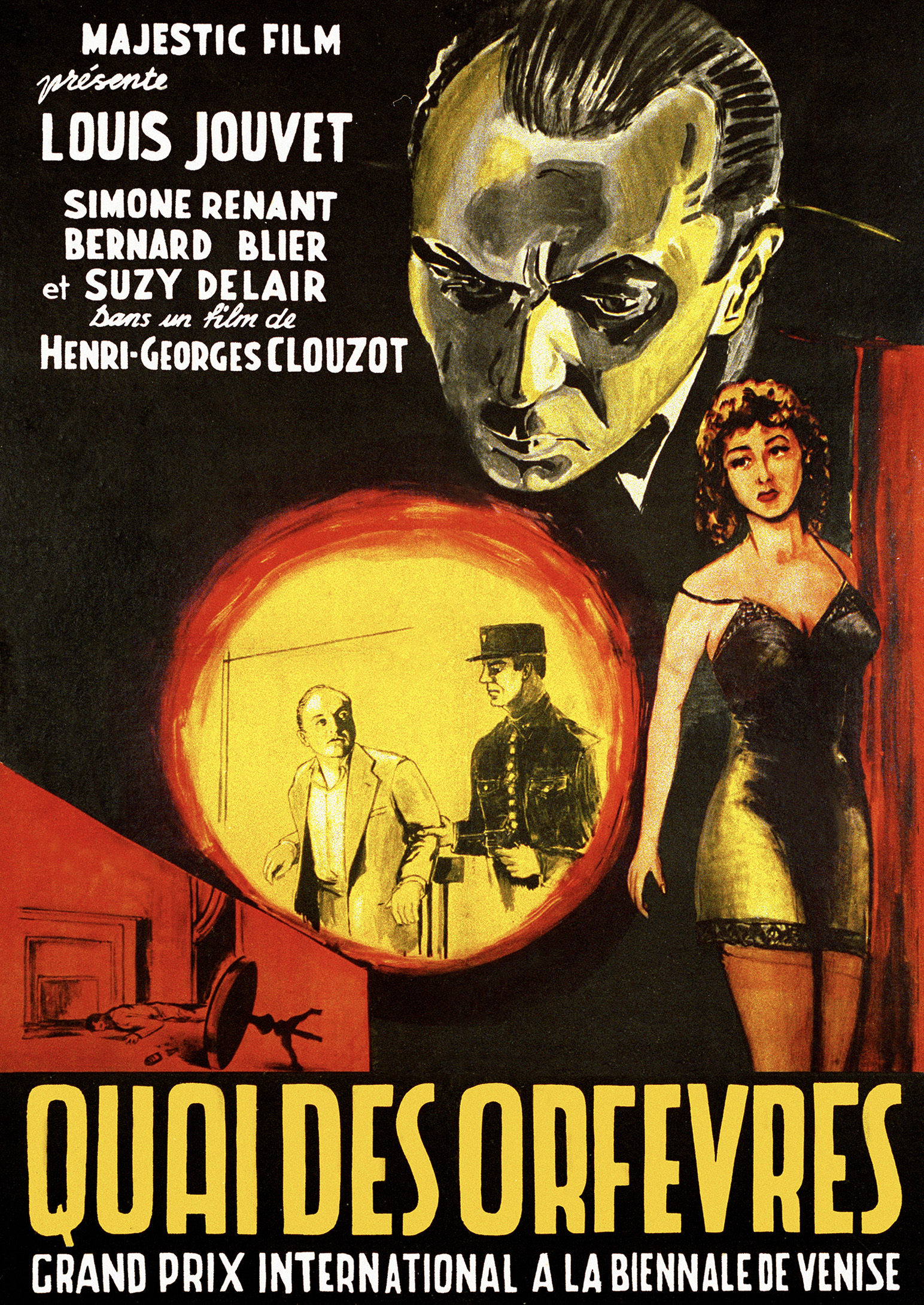 Marguerite and Maurice have a testing marriage. Living in postwar Paris, Marguerite works in a music hall as a singer, performing under the name Jenny Lamour. Maurice, despite his comfortable living as a pianist, is incredibly jealous of Marguerite's nightlife – especially of the men who ogle her. When the aristocrat Georges Brignon invites Jenny to dinner to promise her a film role, Maurice follows and threatens him in the restaurant. Marguerite leaves Maurice after this, driving Maurice to madness and sending him over the edge. He goes to Brignon's house to kill him, only to find the man dropped dead on the floor...and Marguerite's coat slung over the couch. An Inspector Antoine is assigned to investigate the case, bringing the lovers back together to check their alibis and solve the murder.

"Quai des Orfèvres is a crime-thriller masterpiece from one of the greats; Henri-Georges Clouzot. I really enjoyed my viewing in HD. Nothing diminishes upon revisitation - in fact, it tends to improve. The Kino Blu-ray with the Pinkerton commentary has essential value. World cinema fans need to own this. Your collection is weaker without it. Strongly recommended!"