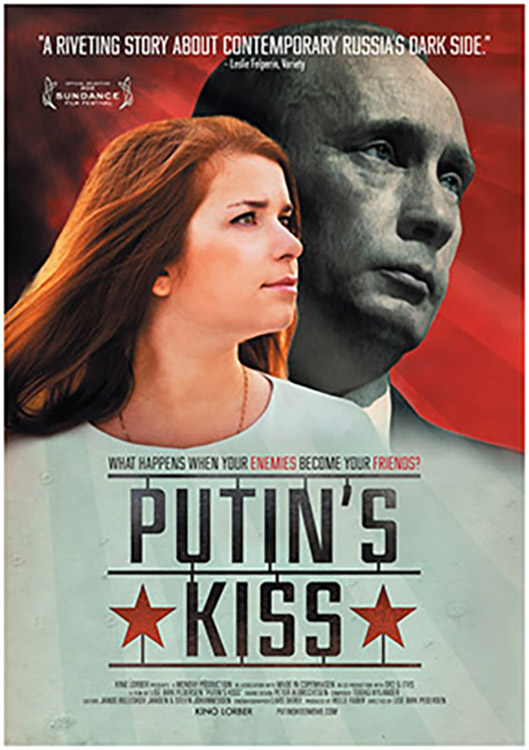 PUTIN'S KISS portrays contemporary life in Russia through the coming-of-age story of Masha, a middle-class Russian girl and a member of Nashi, a nominally "anti-fascist" movement whose members are expected to pledge their unswerving support to Vladimir Putin and all his policies.

Extremely ambitious, the young Masha quickly rises to the top of Nashi, and is rewarded for her loyalty with an apartment, a car and frequent television appearances as a Nashi spokesperson, while attending Moscow State University. She begins to question her involvement with Nashi when she learns that a radical faction within the organization is supposedly responsible for attacks against political dissidents, and she finds herself faced with a very real dilemma when she befriends a group of journalists critical of Putin's government, one of whom is Oleg Kashin. When Oleg becomes the victim of a violent attack and barely makes it out of the hospital alive, Masha realizes that she must take a stand.