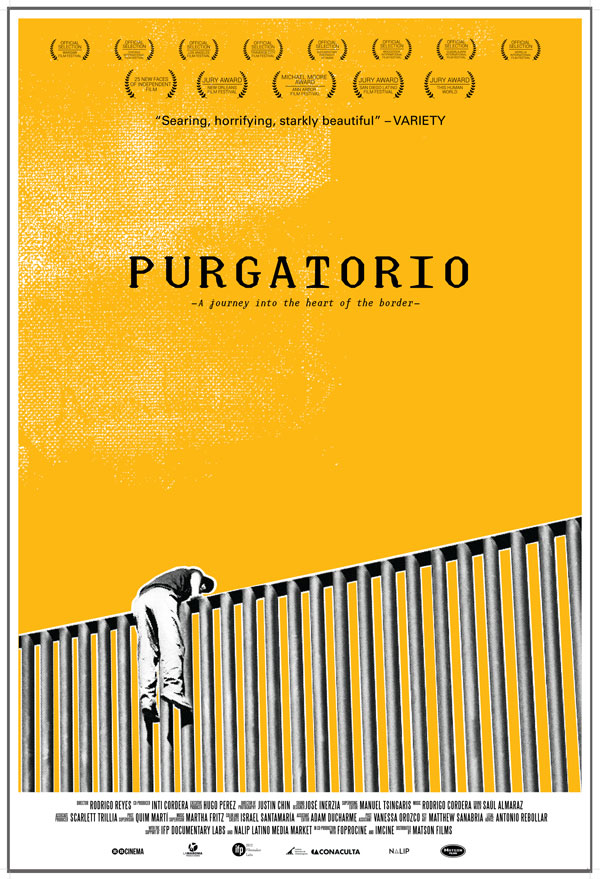 Purgatorio: A Journey Into the Heart of the Border

Rodrigo Reyes' provocative essay film re-imagines the Mexico/U.S. border as a mythical place comparable to Dante's purgatory. Leaving politics aside, he takes a fresh look at the brutal beauty of the border and the people caught in its spell. By capturing a stunning mosaic of compelling characters and broken landscapes that live on the US/Mexico border, the filmmaker reflects on the flaws of human nature and the powerful absurdities of the modern world. An unusual border film, in the auteur tradition of camerastylo, PURGATORIO ultimately becomes a fable of humanity, an epic and visceral experience with powerful and lingering images.

"This haunting, beautifully photographed documentary presents the human side of its incendiary topic" Frank Scheck, The Hollywood Reporter