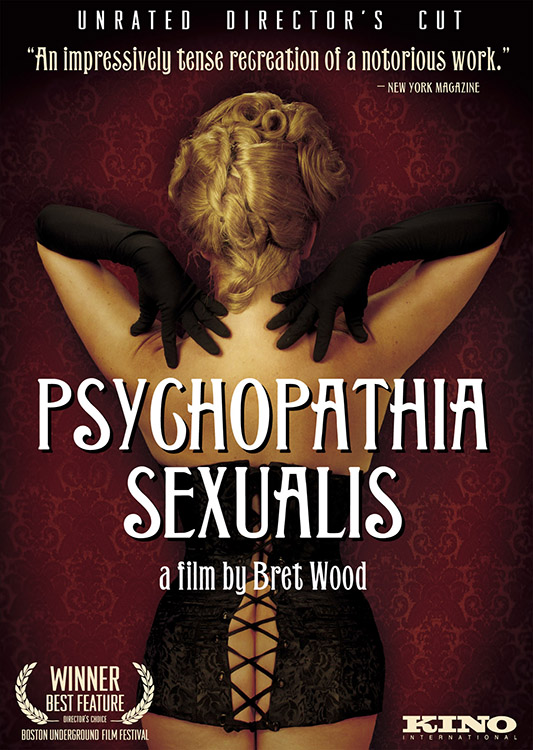 Described as "kinky material trapped in a cage of Victorian propriety" (The New York Times), PSYCHOPATHIA SEXUALIS is a dreamlike depiction of turn-of-the-century sexual deviance, from the pages of Richard von Krafft-Ebing's notorious medical text. As he interweaves fables of sexual repression, vampirism, hypnosis, sado-masochism and lesbianism, writer/director Bret Wood (Hell's Highway: The True Story of Highway Safety Films) creates a haunted vision of an era when medical science endeavored to label, cure or eliminate anyone who refused to conform to its idea of sexual "normalcy."

"WOOD HAS A STRONG VISUAL STYLE... Like a talkie color version of something by Lang or Murnau." - Michael Wilmington, CHICAGO TRIBUNE