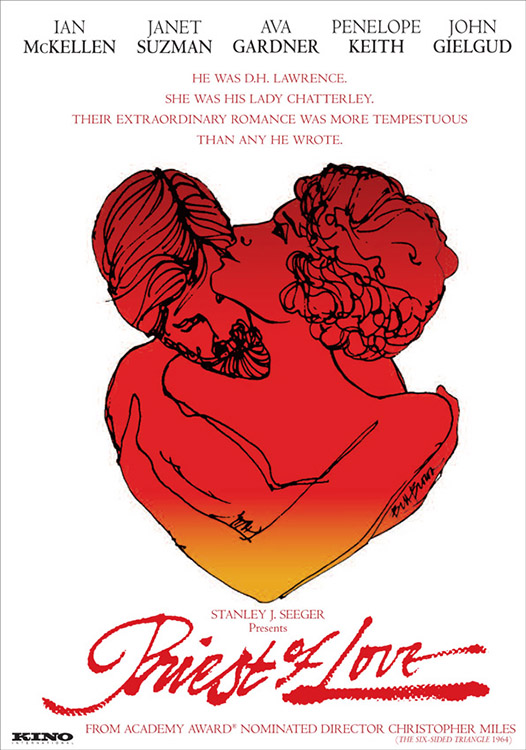 In his first starring role, Sir Ian McKellen (Lord of the Rings, Gods and Monsters) gives a sensational performance as D.H. Lawrence in the "impressively mounted and acted biopic"(Variety) PRIEST OF LOVE.

He had one last great shock left in him, though, and the film closes with the publication of Lady Chatterley's Lover, and the uproar that greeted its sexually explicit prose — Lawrence's last great statement of rebellion before he succumbed to tuberculosis in 1930. PRIEST OF LOVE provides a beautifully shot portrait of one of the great artists of the 20th century.