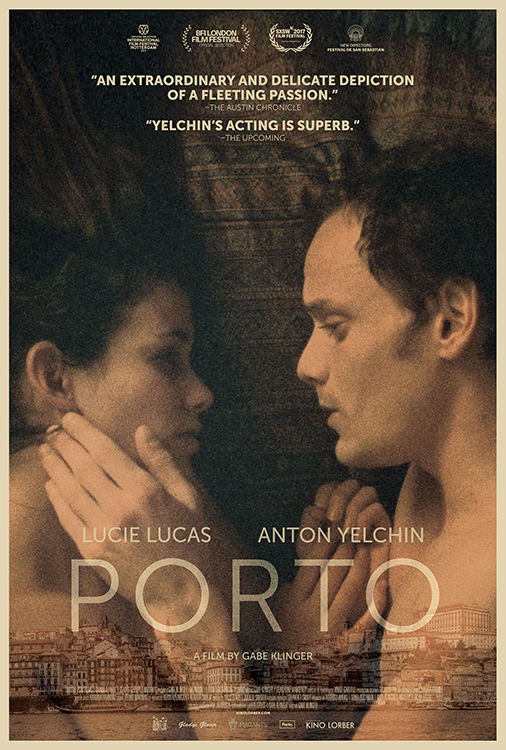 Jake (Anton Yelchin) and Mati (Lucie Lucas) are two expats who experience a brief but intimate connection in the ancient Portuguese city of Porto. He's an American loner exiled from his family. She’s a student from France embroiled in an affair with one of her professors. After spotting each other from a distance at an archeological site and then again at a train station and a café, Jake works up the courage to approach Mati and they embark on a night of carefree intimacy. This romantic encounter is viewed from years later, both characters still haunted by the powerful connection they shared. Using a mix of film stocks and art direction that evokes a bygone era of European cinema, Porto delivers a cinematic form of saudade – a Portuguese word that describes an emotional state of nostalgic longing for a person or place that one has loved.

“A swirling examination of love in all its bittersweet splendor.”

“An extraordinary and delicate depiction of a fleeting passion. Touches on the most tender and incisive heights of each crest of the European New Wave.”

“Yelchin’s acting is superb in its minimalism, expressing sensitivity, yearning and sorrow with subtle intensity.”