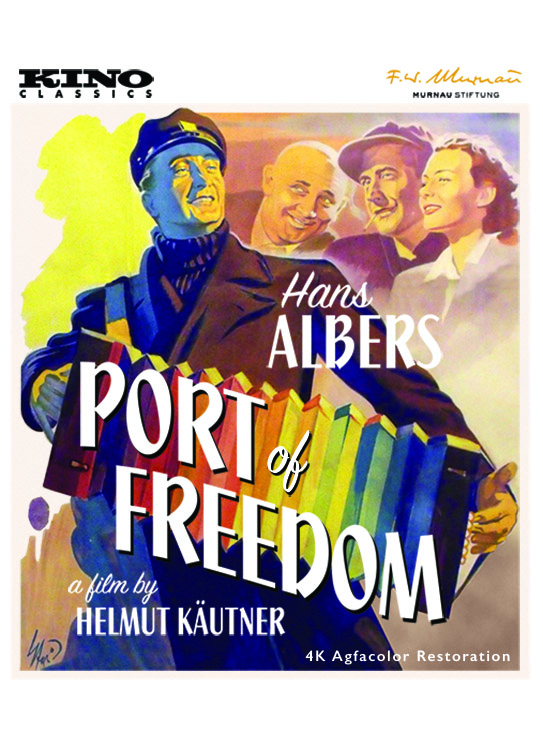 Under the direction of Helmut Käutner (Black Gravel), German heartthrob Hans Albers stars as Hannes, a former sailor who now works as an entertainer, playing his accordion in the streets and cabarets of the garish red light district of Hamburg. When he meets a headstrong young farmgirl (Ilse Werner), Hannes’s passions are reawakened, and he is torn between his love for Gisa and the beckoning call of the sea. Produced in Germany in the final years of World War II, PORT OF FREEDOM (Grosse Freiheit Nr. 7) demonstrates how independent-minded artists were able to circumvent the demands of state-run film industry under the Third Reich. Rather than a propagandistic celebration of German might, it is a melancholy ode to lost love and happier times, lavishly photographed by Werner Krien in the rich warmth of Agfacolor.