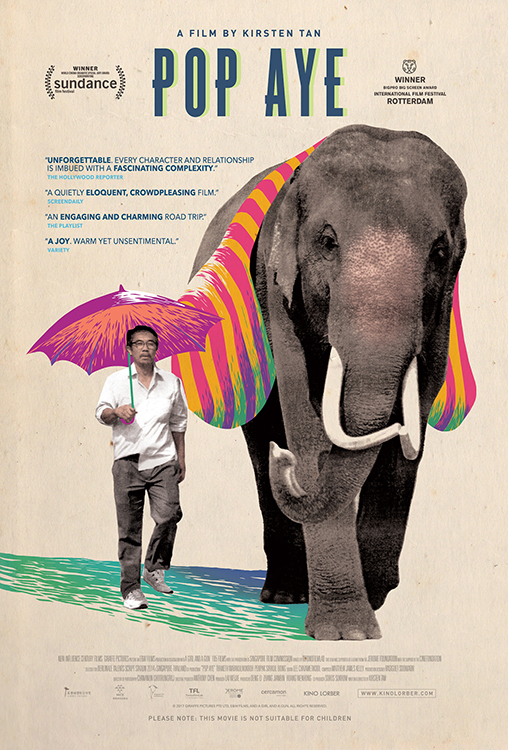 A successful Bangkok architect in the midst of a midlife crisis is reunited with an elephant he knew growing up. The two embark on a road trip to the man's childhood home in the idyllic Thai countryside. Along the way, they meet a colorful cast of characters that includes a pair of nonplussed local police officers, a forlorn transgender sex worker, and a mysteriously wise drifter. As the encounters mount and the bond between man and elephant deepens, filmmaker Kirsten Tan weaves a strikingly universal tale in this feature debut that won prizes (and hearts) at the Sundance and Rotterdam Film Festivals.

"Unforgettable. Every character and relationship is imbued with a fascinating complexity."

"An engaging and charming road trip."

"A joy. Warm yet unsentimental."

"The thinking person’s feel-good film of the summer."