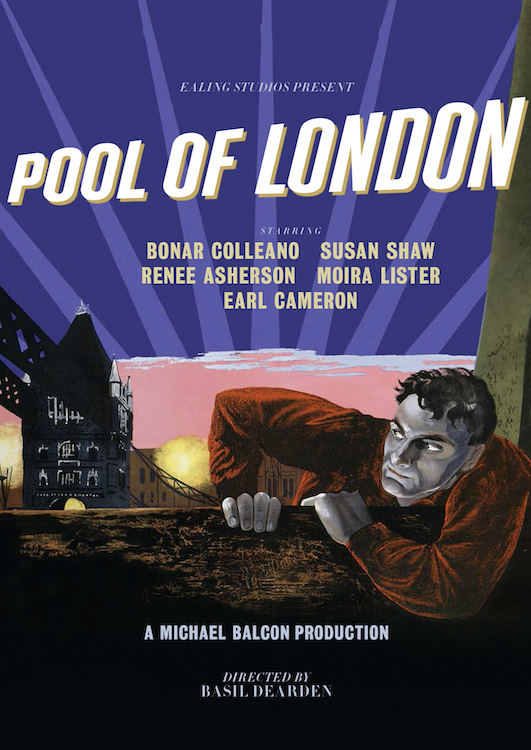 When Dan, a sailor and small-time smuggler, is busted for trying to take some nylons from his girlfriend through customs at the POOL OF LONDON, he ends up meeting a man, Vernon, asking him to smuggle stolen diamonds to Rotterdam. But Vernon forgets to mention that a watchman was murdered during the theft of these gems, and the authorities are hot on their tail.

"The heist element is well crafted and suspenseful, but the most striking aspect is Dearden's tentative venture into racial politics, with the first interracial relationship in a British film." - Carl Daniels, BFI Screenonline