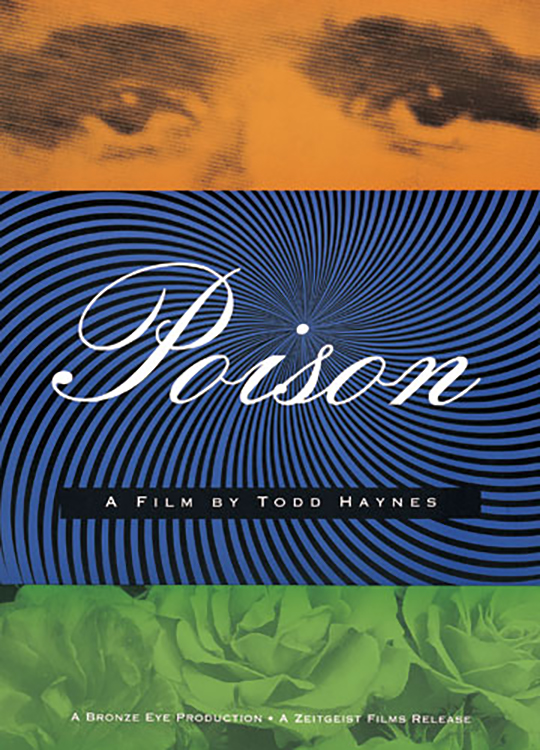 The second feature directed by Todd Haynes – the Oscar-nominated filmmaker of Far from Heaven, I'm Not There, and Carol – this groundbreaking American Indie was the most fervently debated film of the 1990s and a trailblazing landmark of queer cinema. A work of immense visual invention, Haynes’ spectacular follow-up to his legendary Superstar: The Karen Carpenter Story is audacious, disturbing and thrillingly cinematic.

Inspired by the writings of Jean Genet, POISON deftly interweaves trio of transgressive tales – “Hero,” “Horror” and “Homo” – that build toward a devastating climax. “Hero,” shot in mock TV-documentary style, tells a bizarre story of suburban patricide and a miraculous flight from justice; “Horror,” filmed like a delirious ’50s B-movie melodrama, is a gothic tale of a mad sex experiment which unleashes a disfiguring plague; while “Homo” explores the obsessive sexual relationship between two prison inmates.

A runaway hit which made national headlines when it was attacked by right-wing figures including Dick Armey, Ralph Reed and minister Donald Wildmon, POISON is unsettling, unforgettable and thoroughly entertaining.