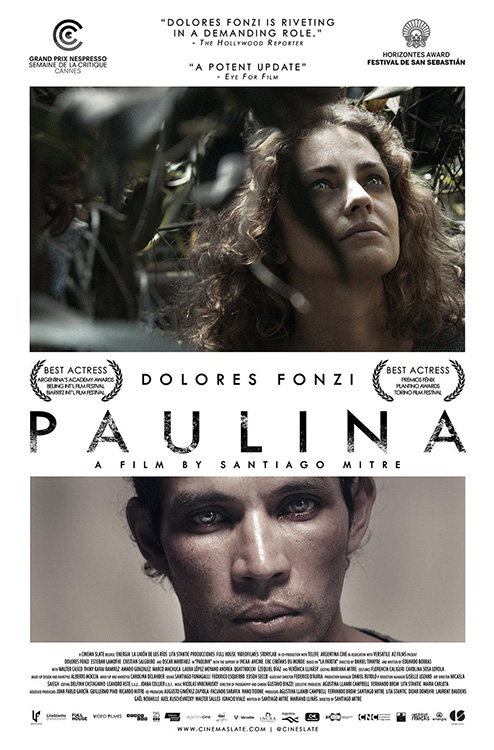 Paulina (Dolores Fonzi, PLATA QUEMADA), the daughter of an eminent left-wing judge, suspends her legal education and the prospects of a promising political career to travel to an indigenous community of extreme poverty on Argentina’s border with Paraguay and Brazil.

She is determined to nurture ‘from the inside’ a project of civil rights education, but her Guarani-speaking high-school students resist her civics lessons – and she quickly learns that gaining their trust won’t be an easy task.

These subtly illuminating encounters reverberate in the aftermath of the central event of the film – a harrowing sexual assault by a group of young men. Paulina‘s unfathomable actions, and the limits of social justice, are examined unflinchingly in this ‘social thriller’ of will and sacrifice. -- excerpted from CinemaSlate