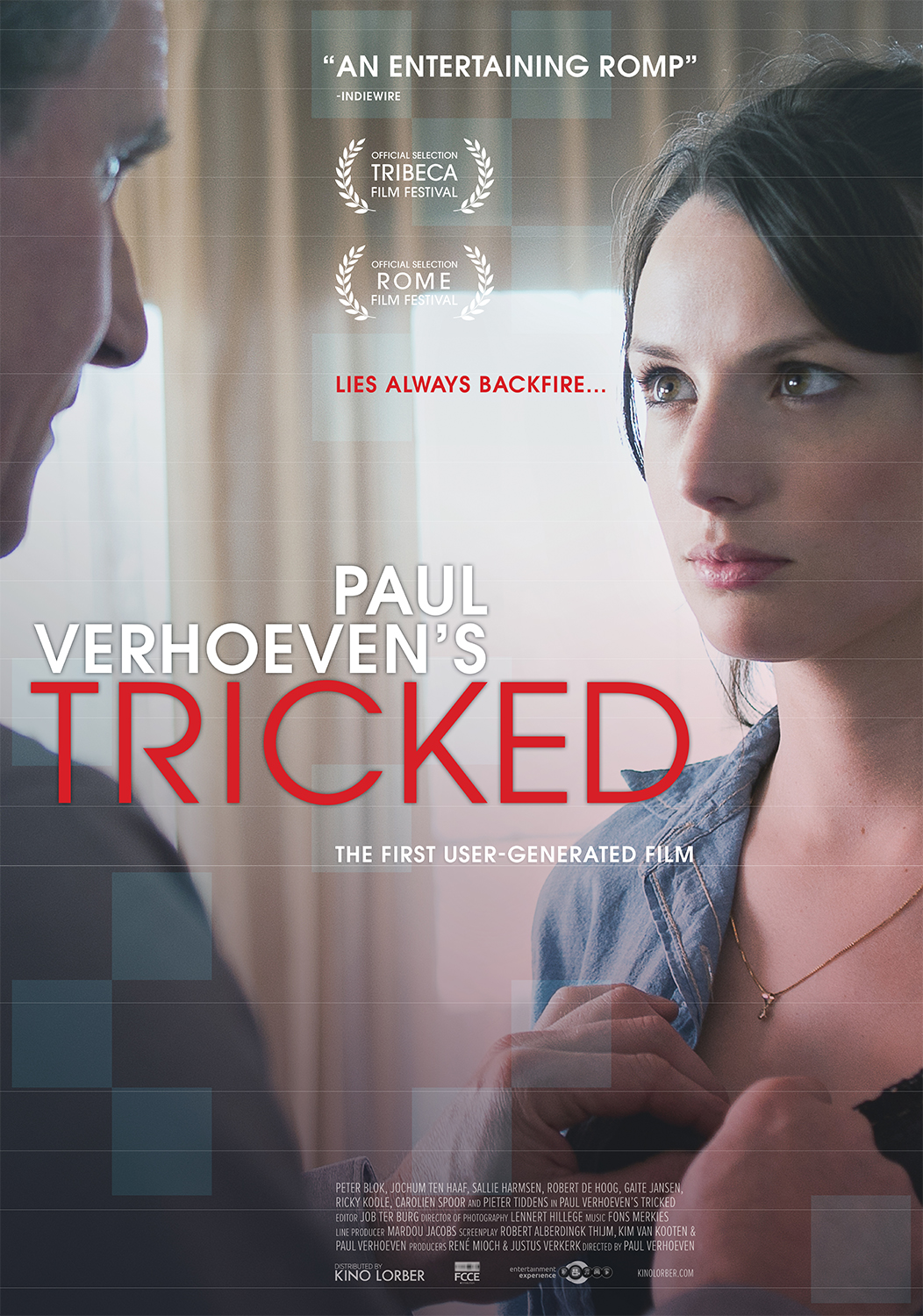 Part behind-the-scenes documentary, part narrative feature, PAUL VERHOEVEN'S TRICKED is the result of an ambitious experiment in filmmaking. The first section follows director Paul Verhoeven (Basic Instinct, Total Recall) as he navigates the production of a crowd-sourced film. Shooting only four minutes of a prepared script, the remainder is culminated from thousands of submitted pages. In the second section, the finished film unfolds. Verhoeven's initial premise offers the hint of a plot involving a pregnant former mistress and a struggling business, but thanks to the crowd-sourced script the story that develops is anything but predictable. With a brisk pace and exhilarating zigzag of a plot, Tricked is a cliffhanger character drama that takes Verhoeven himself by surprise.