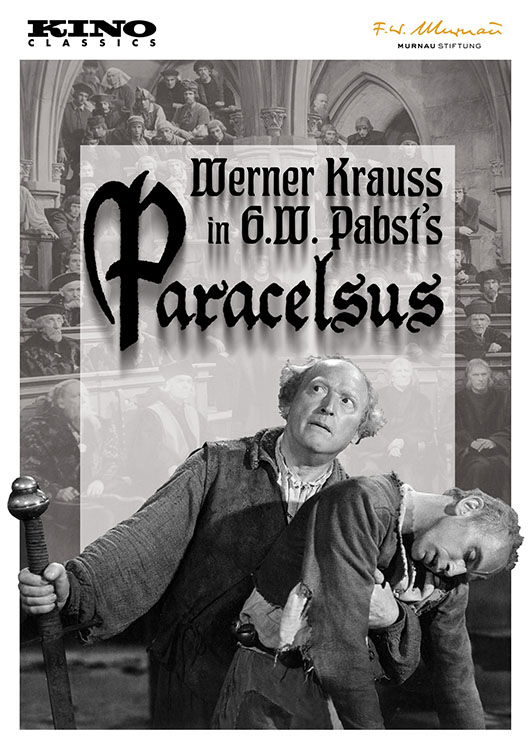 A physician, alchemist, and spiritual guru, Paracelsus (1493-1541) was one of the most enigmatic figures in the history of science. And, like its subject, this 1943 film is shrouded in mystery, even though it was directed by one of the supreme stylists of the German cinema: G.W. Pabst. Werner Krauss (The Cabinet of Dr. Caligari) stars as the Swiss-born scientist, who faces the seemingly impossible task of protecting the German people from a coming plague, and calming a rising tide of mass hysteria. Despite being called “a remarkably interesting film” by The New York Times’s Vincent Canby (when it received its belated U.S. premiere in 1974), PARACELSUS continues to be overlooked, along with most all of the films made in Germany during World War II. With fresh eyes, however, we can see that PARACELSUS is not a propaganda film, but the work of an oppressed artist attempting to convey a humanist, possibly subersive message under the gaze of Reich Minister of Propaganda Joseph Goebbels.