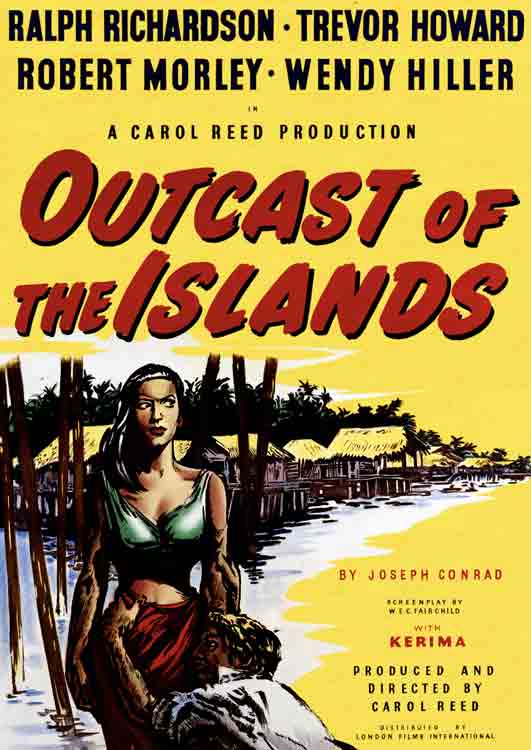 Outcast of the Islands

Peter Willems, a disreputable, immoral man is on the run from a scandal in Makassar. He finds refuge in a hidden native village, only to betray his benefactors over his desire for the tribal chief's daughter.

Nominated for Best British Film and Best Film at the BAFTA Awards.