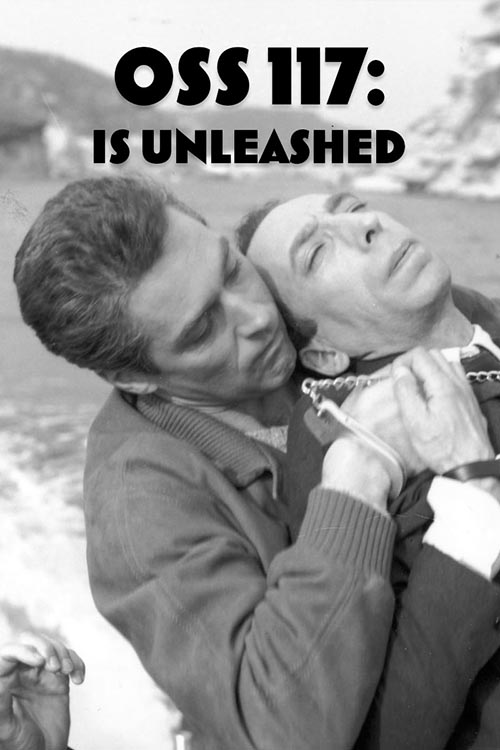 Hubert Bonisseur de La Bath, agent OSS 117 is the creation of french writer Jean Bruce. De La Bath is an American of French descent, he first worked for the Office of Strategic Services and later for the C.I.A. After the highly successful 1962 release of Dr. No, the character was brought back into action in the 1963 film OSS 117 se déchaîne (OSS 117 IS UNLEASHED) starring Kerwin Matthews (Jack the Giant Killer) as the suave secret agent.