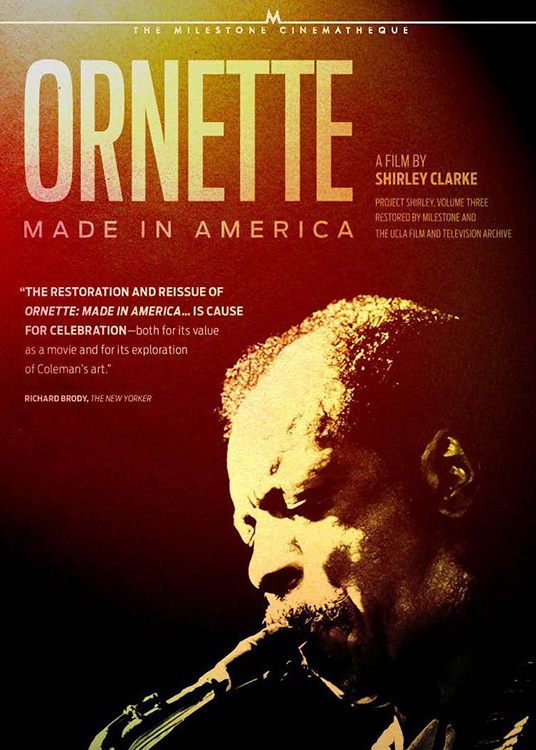 Ornette: Made in America

Returning in 1983 to his home in Fort Worth, Texas, documentary footage and dramatic scenes recall legendary performer and composer Ornette Coleman's rise from oppressed youth to cultural pioneer. Raised in segregated Texas before traveling the world from Morocco to New York, his subsequent emergence as a world-class earned Ornette praise from the lines of icon William Burroughs, Brion Gysin, Buckminster Fuller, Don Cherry, Yoko Ono, Charlie Haden, Robert Palmer and more – all contributors to this film. Featuring some of the first music-video-style footage of its time, director Shirley Clarke and producer Kathelin Hoffman employed innovative techniques to capture the extraordinary vision of the man behind the music. ORNETTE: MADE IN AMERICA is essential for anyone hoping to understand the history of jazz and the fertile creative exchange that highlighted the 60’s and 70’s in America.