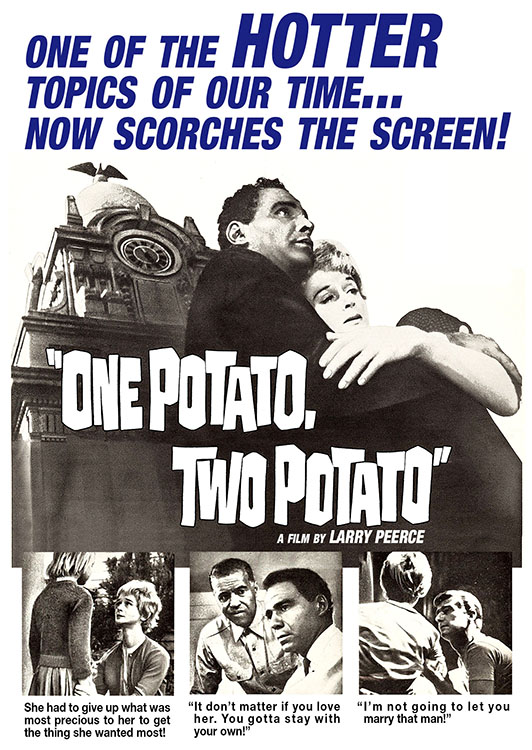 From Larry Peerce, the acclaimed director of The Sporting Club, The Incident, Goodbye Columbus, Ash Wednesday, The Other Side of the Mountain and Two-Minute Warning, comes this classic study of interracial marriage in the 1960s. Julie (Barbara Barrie, Breaking Away), a young Midwestern mother, takes all the right steps to assure a promising environment for her newborn daughter. She relocates, gets a job and secures a legal divorce. When Julie falls in love with Frank (Bernie Hamilton, TV’s Starsky and Hutch), an African-American man who works at the same factory, her ex-husband, Joe (Richard Mulligan, Scavenger Hunt, TV’s Soap and Empty Nest), takes her to court in the hopes of getting custody. Frank is advised to flee to keep his new family together, but instead he confronts the biased system. ONE POTATO, TWO POTATO, Peerce’s feature film directorial debut received a 1964 Oscar-nomination for Best Original Screenplay (Orville H. Hampton and Raphael Hayes). Now watch this critically acclaimed drama that was ahead of its time, fully restored from a 4K scan of the original camera negative!