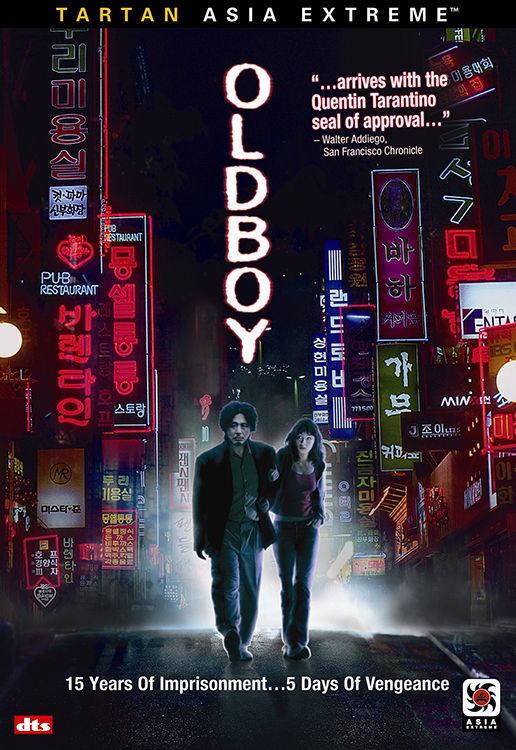 Oh Dae-su is an ordinary Seoul businessman with a wife and little daughter who, after a drunken night on the town, is locked up in a strange, private prison for 15 years. No one will tell him why he is there and who his jailer is, but he is kept in reasonably comfortable quarters and has a TV to keep him company. Watching TV though, he discovers he has been framed for his wife's murder and realizes that, during one of the occasions in which he's knocked out by gas, someone has drawn blood from him and left it at the scene of the crime. The imprisonment last for 15 years until one day when Dae-su finds himself unexpectedly deposited on a grass-covered high-rise roof. He is determined to discover the mysterious enemy who had him locked up. While eating in a Japanese restaurant, his cell phone rings and a voice dares him to figure out why he was imprisoned.

"Oldboy is a powerful film not because of what it depicts, but because of the depths of the human heart which it strips bare." - Roger Ebert

"Shakespearean in its violence, Oldboy also calls up nightmare images of spiritual and physical isolation that are worthy of Samuel Beckett or Dostoyevsky." - The Wall Street Journal

"Quite an achievement then, and well worthy of its Cannes prize." - Time Out

"A revenge film like none you have seen." - Detroit Free Press

"Tantalizes and tortures you as it lures you into its mysterious vortex. - The Washington Post