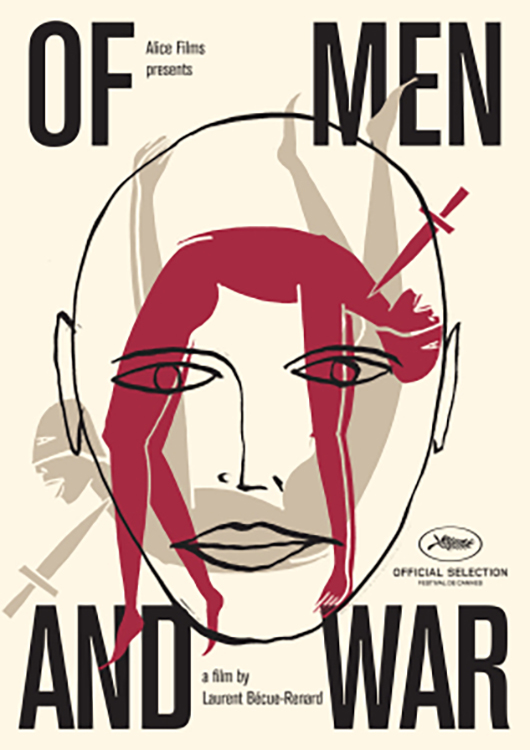 Of Men and War

Shot over five years, OF MEN AND WAR gives perhaps the most in-depth look at the recovery efforts of veterans suffering from PTSD. Through unprecedented access to their lives at home and intensely vivid footage of some therapy sessions, director Laurent Bécue-Renard unveils the gripping, upsetting reality that is the daily life of most war veterans. OF MEN AND WAR gives viewers a glimpse into the tragic lives of the men and women who fight for our nation's security as they struggle to find the energy left to make peace with their past.

"Filmed almost entirely inside the Pathway Home in California, a residential therapy center for veterans, this devastatingly raw documentary shows that for some the fighting may stop, but the suffering continues." - Jeannette Catsoulis, New York Times

"Disregard your personal feelings about the military, U.S. involvement in foreign wars, or a French director making a movie about Americans. This film is raw in the truest sense, yet refined in its sympathy and scope." - Diana Clark, Village Voice

"The horrors of the battlefield come home to roost in ways that are both riveting and deeply disturbing in Of Men and War, a remarkable chronicle of Iraq War veterans suffering from the devastating effects of PTSD." - Jordan Mintzer, Hollywood Reporter

"A work of astounding sensitivity and precision, it argues for emotional honesty as a moral and psychic imperative." - Christopher Grey, Slant Magazine

Of Men and War refuses to mask or simplify the harsh realities of PTSD. This stubbornness, an insistence that the roughness of war be taken seriously, makes the film an essential document of 21st century American conflict." - Daniel Walber, Nonfics