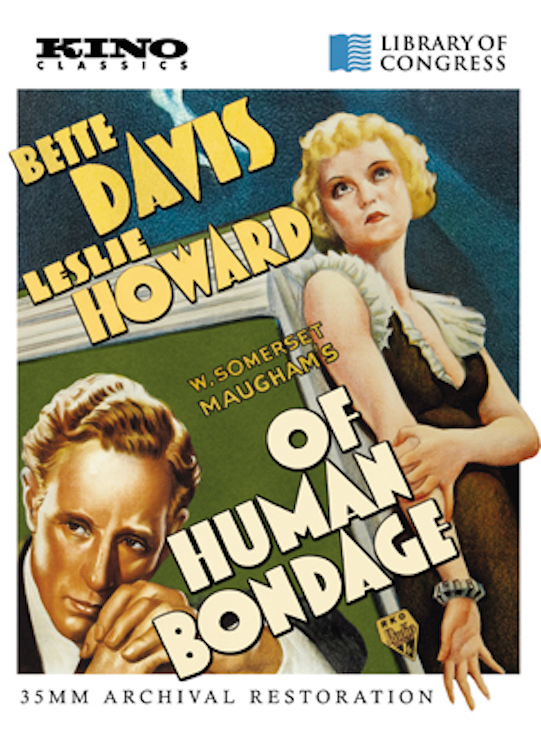 Bette Davis rose from the ranks of Warner Bros. contract players to become a screen superstar when she was loaned out to RKO to appear in John Cromwell's adaptation of W. Somerset Maugham's Of Human Bondage.

Leslie Howard (Gone With the Wind) stars as Philip, a British medical student who becomes infatuated with a most unlikely woman: a vulgar waitress named Mildred (Davis). Undeterred by Mildred's obvious contempt of him (and her disgust for his disabled foot), Philip lavishes his affection upon the tawdry woman, and allows his personal and professional life to disintegrate as a consequence of her sadistic whims.

"...a true classic. A lot of fun and really vicious at the same time, it's a movie that everyone should see at least once. I'm positive that any kind of audience will find something to enjoy in the film. I wish that the DVD was a little stronger, but it still looks better than it ever has before, making for an easy recommendation."- DVD Verdict

"The film has been rescued from Public Domain purgatory by Kino Classics with a nice disc edition that includes a nifty Maugham bio. Highly Recommended." - DVD Talk