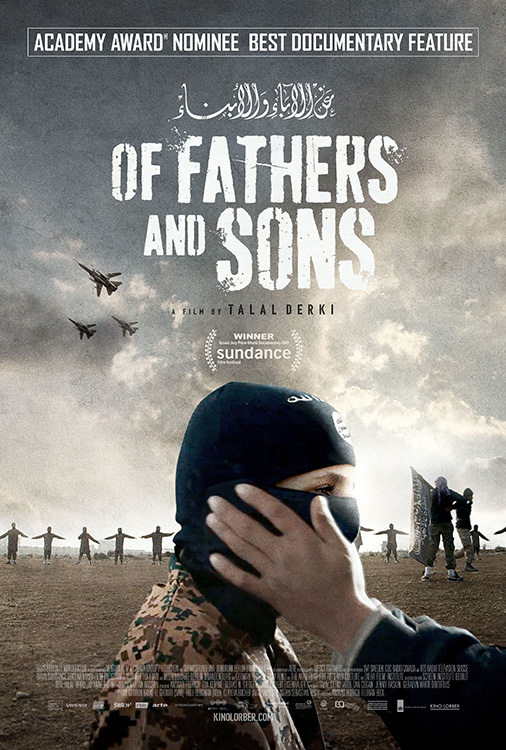 Of Fathers and Sons

After his Sundance award-winning documentary RETURN TO HOMS, Talal Derki returned to his homeland where he gained the trust of a radical Islamist family, sharing their daily life for over two years. His camera focuses primarily on the children, providing an extremely rare insight into what it means to grow up with a father whose only dream is to establish an Islamic caliphate. Osama (13) and his brother Ayman (12) both love and admire their father and obey his words, but while Osama seems content to follow the path of Jihad, Ayman wants to go back to school. Winner of the Grand Jury Prize for World Documentary at the Sundance Film Festival, OF FATHERS AND SONS is a work of unparalleled intimacy that captures the chilling moment when childhood dies and jihadism is born.

"Clear, vivid and unshakeable. Sincerely eye-opening in its portrayal of inherited Islamist fervor."

"An admirably audacious feat of documentarian access... a glimpse into the gradual radicalization of young males and the deep community ties which underpin the process."

“As chilling as it is illuminating. Succeeds in transporting us behind ‘enemy’ lines for a rare glimpse of a world that seems exotic and threatening.”

"A chilling look at extremism on its home front. A vital addition to the cultural picture of the Syrian conflict."

“An unflinching look at how hate is passed down in Syria.”

“[Derki and Hassoun] show no fear in the face of the threat to their personal safety — a level of courage which cannot be overstated.”