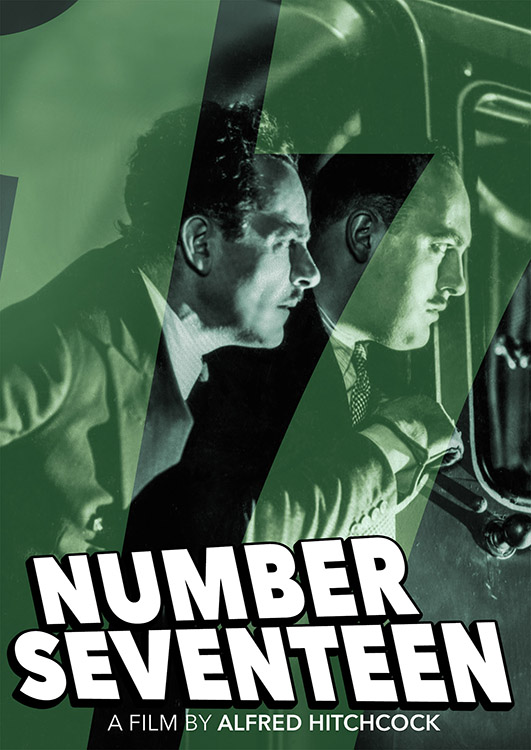 From the Master of Suspense, Alfred Hitchcock, comes NUMBER SEVENTEEN, a gem of a comedy-thriller from the legendary director’s early years in the British film industry. In an empty London house, a hobo named Ben (Leon M. Lion) looks for shelter—but instead finds a corpse. When a detective (John Stuart) shows up, he questions Ben, but is interrupted when a girl (Ann Casson) falls through the roof. Her father has vanished, and she’s received an inscrutable telegram that mentions both the house and a missing necklace. Soon more suspicious characters turn up, all looking for the necklace, and none of them who they claim to be. With its exhilarating climactic chase sequence and masterful mix of suspense, scares and humor, NUMBER SEVENTEEN, is pure, classic Hitchcock!