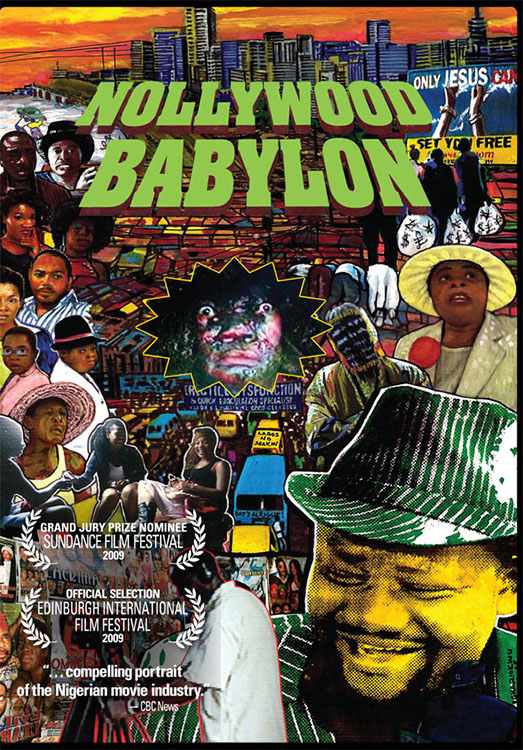 NOLLYWOOD BABYLON chronicles the wild world of “Nollywood,” a term coined in the early ‘90s to describe the world’s fastest-growing national cinema, surpassed only by its Indian counterpart. The film delves first-hand into Nigeria’s explosive homegrown movie industry, where Jesus and voodoo vie for screen time. Lancelot Oduwa Imasuen, known in Lagos as “Da Governor,” is one of the most influential men in Nollywood. Undeterred by miniscule budgets, Da Governor is one of a cadre of resourceful filmmakers creating a garish, imaginative, and wildly popular form of B-movie that has frenzied fans begging for more. Among the bustling stalls of Lagos’s Idumato market, films are sold, and budding stars are born. Creating stories that explore the growing battle between traditional mysticism and modern culture, good versus evil, witchcraft and Christianity, Nollywood auteurs have mastered a down-and-dirty, straight-to-video production formula that has become the industry standard in a country plagued by poverty. This burgeoning Nigerian film industry is tapping a national identity where proud Africans are telling their own stories to a public hungry to see their lives on screen. Peppered with outrageously juicy movie clips and buoyed by a rousing score fusing Afropop and traditional sounds, NOLLYWOOD BABYLON celebrates the distinctive power of Nigerian cinema as it marvels in the magic of movies.