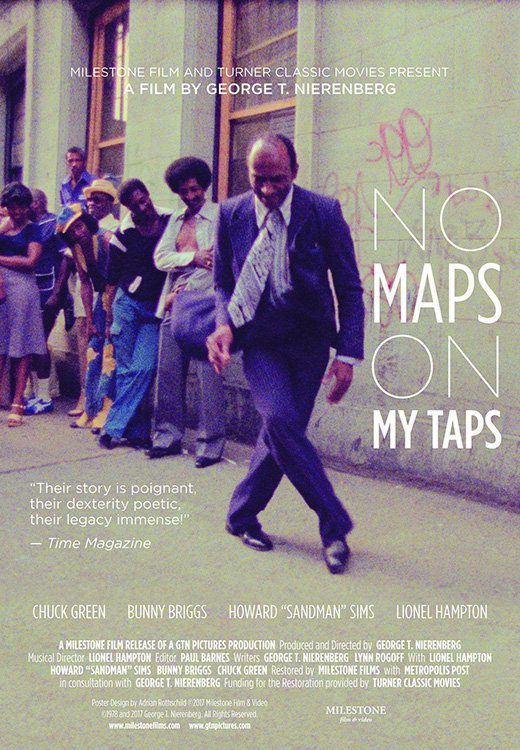 No Maps on My Taps

The golden age of tap dancing spanned the first half of the twentieth century, but by the 1950s, the form fell to the likes of rock 'n' roll and modern dance. In 1979, NO MAPS ON MY TAPS aired on television outlets across the world, inspiring a new generation of dancers to slip on their shoes and tap away. Featuring performances by Lionel Hampton, Bunny Briggs, Chuck Green, and Howard “Sandman” Sims, director Nierenberg’s love for the dancers and their art elevated his film above your run-of-the-mill documentary and into the ranks of dance canon.