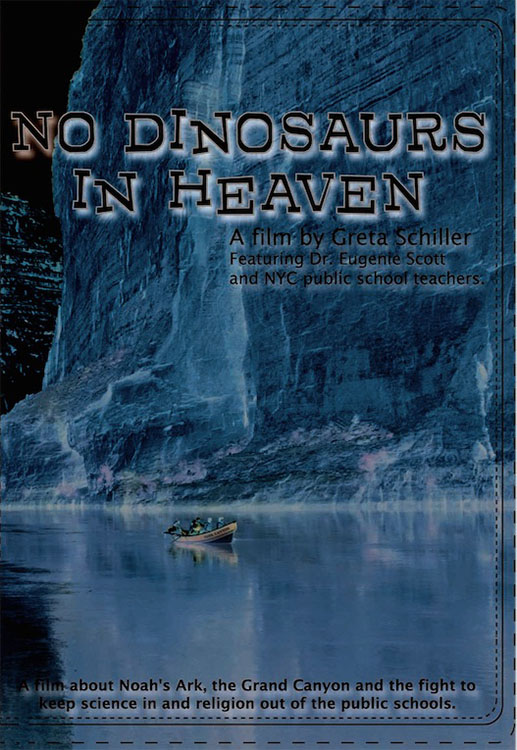 No Dinosaurs In Heaven

This documentary weaves together two strands: an examination of the problem posed by creationists who earn science education degrees only to advocate anti-scientific beliefs in the classroom; and a visually stunning raft trip down the Grand Canyon, led by Dr. Eugenie Scott, that debunks creationist explanations for its formation. These two strands expose the fallacies in the "debate," manufactured by anti-science forces, that creationism is a valid scientific alternative to evolution.

Emmy Award-winning director (Before Stonewall, Paris Was a Woman) and science educator Greta Schiller uses her own experience -- with a graduate school biology professor who refused to teach evolution -- to expose the insidious effect that so-called “creationist science” has had on science education. Featuring NYC science teachers, NO DINOSAURS IN HEAVEN intelligently argues that public education must steadfastly resist the encroachment of religion in the form of anti-evolution creationism, and that science literacy is crucial to a healthy democracy.