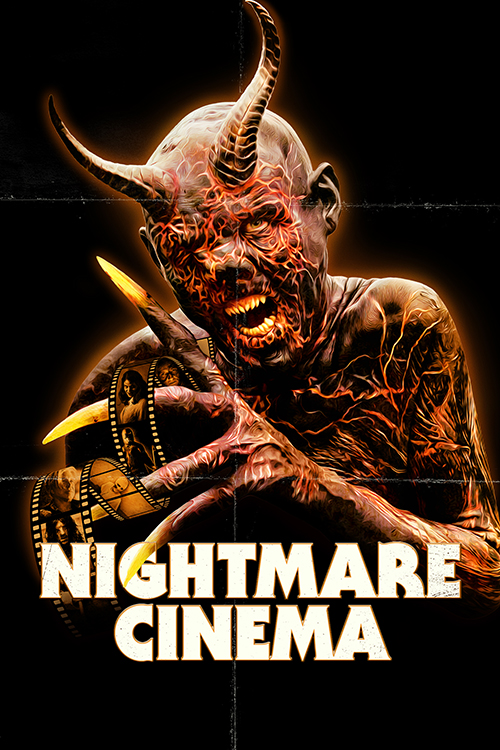 Five strangers converge at a haunted movie theater owned by The Projectionist. Once inside, the audience members witness a series of screenings showing them their deepest fears and darkest secrets over five tales.

Nightmare Cinema as a whole is the bloodiest, most violent, most gruesome and most twisted movie I've seen this year. And I mean that mostly in a good way.

Nightmare Cinema brings together titans of the horror movie genre for one project exploring the dark side of life.