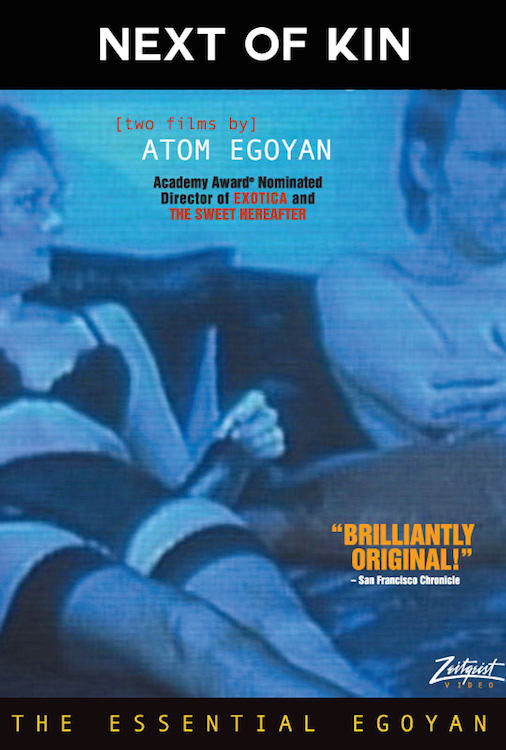 Atom Egoyan’s striking debut feature NEXT OF KIN is the story of Peter, catatonically unhappy with his family life and in video therapy with his parents. One day he views the tapes of an Armenian family who years ago guiltily put their infant son up for adoption. Peter decides to present himself to them as their lost son, to act out a role different than the one assigned to him in his own miserable existence.