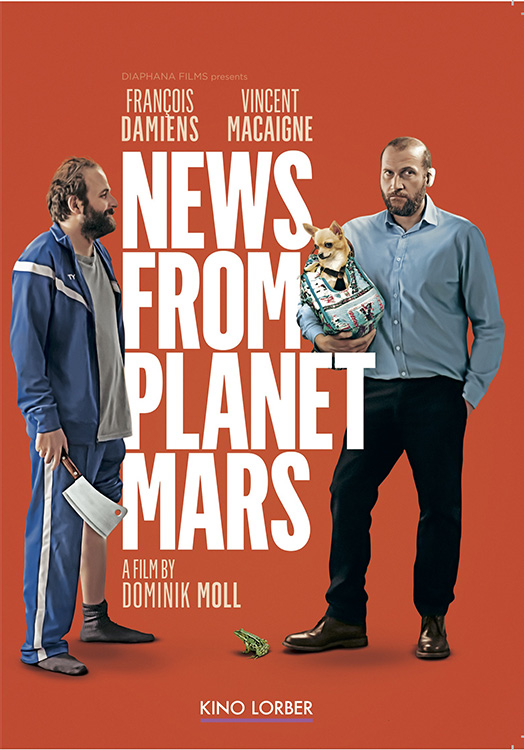 NEWS FROM PLANET MARS follows the unusual life of Philippe Mars (François Damiens) a reasonable man in an unreasonable world. He's trying to be a good father, a kind ex-husband, a nice colleague, and an understanding sibling. But the planets have not been exactly aligned in his favor lately. With his son turning into a hardcore vegan, his daughter into a pathological overachiever and his sister selling oversized paintings of their naked parents, it seems to our ever-so prudent Philippe that everyone around him is starting to behave more and more erratically...When his more than over the top colleague Jerôme (Vincent Macaigne) accidentally chops off his ear then moves into Philippe's apartment, things start to go from bad to insane for our hero. Directed by Dominik Moll (With a Friend Like Harry...), NEWS FROM PLANET MARS is an uproariously funny pitch black comedy that is not to be missed.